Viewing all posts from the Forest Glen neighborhood 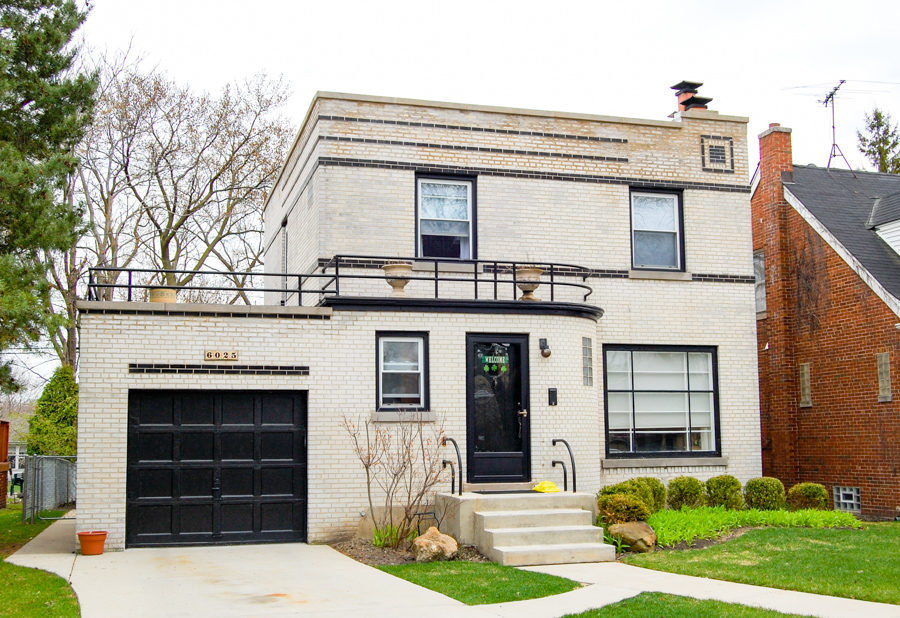 Not many houses were built in Chicago, or anywhere in the US, in the 1930s and 1940s. Between the Great Depression and the Second World War, resources were scarce and most families could not afford to build new. This house at 6025 N. Leader in the leafy South Edgebrook part of the Forest Glen community area, is a rare exception. Tax data puts the year of completion as 1942, but the City’s Historic Resources Survey indicates that it may have been constructed in the 1930s. It was designed by architect J.G. Steinbach, who also penned a number of Tudor Revival châteaux in the same area. But this house is unmistakably Art Deco, with clean lines and planes, minimal ornamentation, and some seriously sexy curves. Just check out the railings flanking the front door!