Corner Building at Damen and Grace 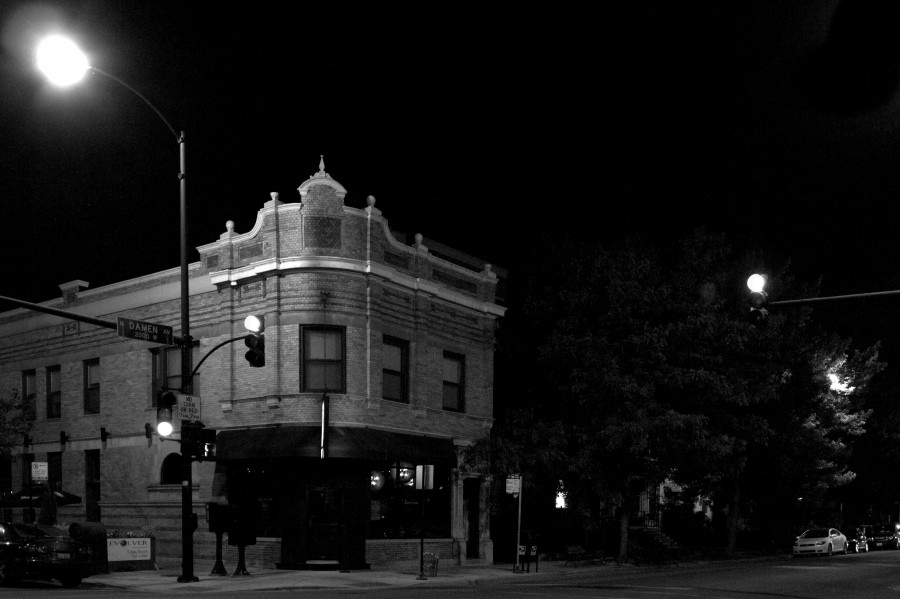 This corner building at 3759 North Damen in North Center was built in 1913. 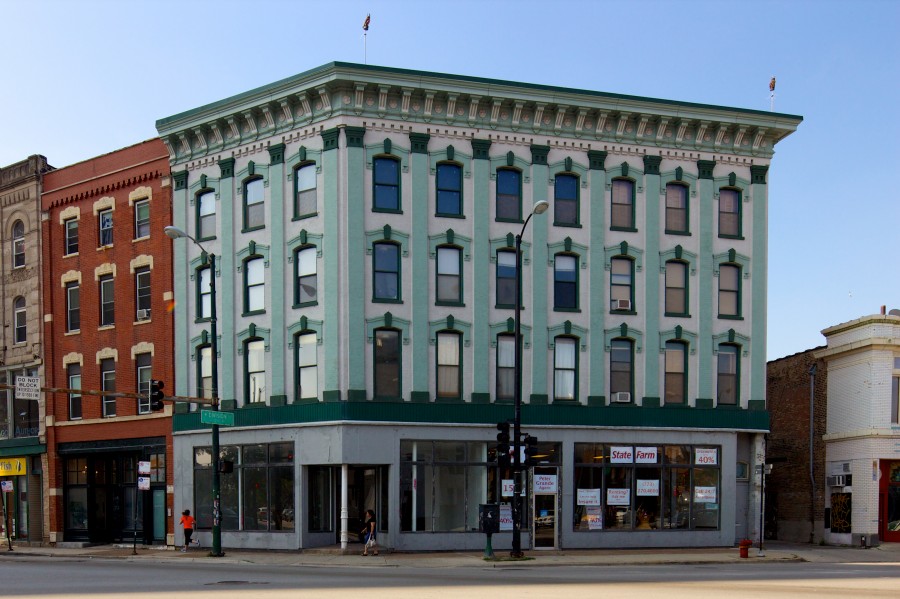 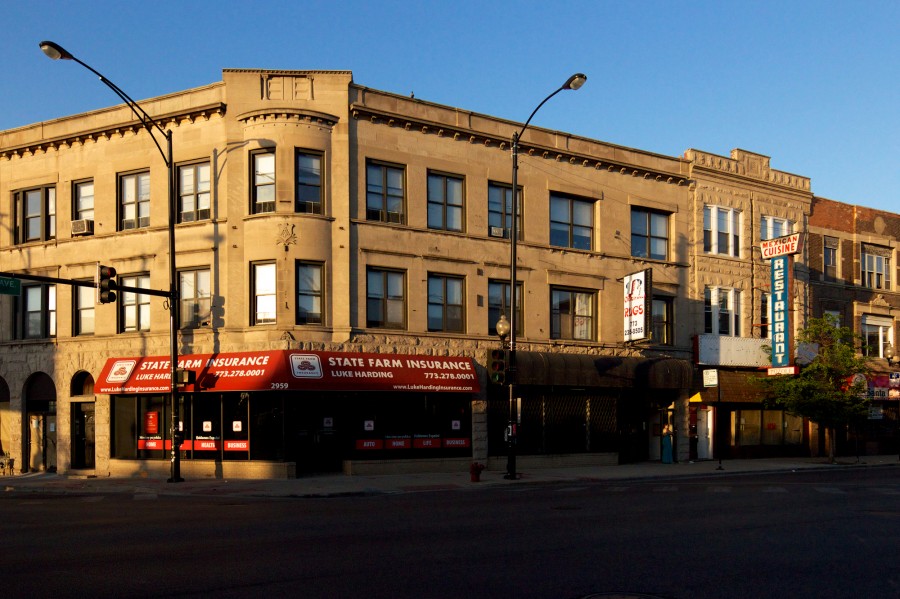 At the corner of Milwaukee and Central Park in Avondale is this mixed use commercial greystone building, now home to Luke Harding State Farm Insurance. 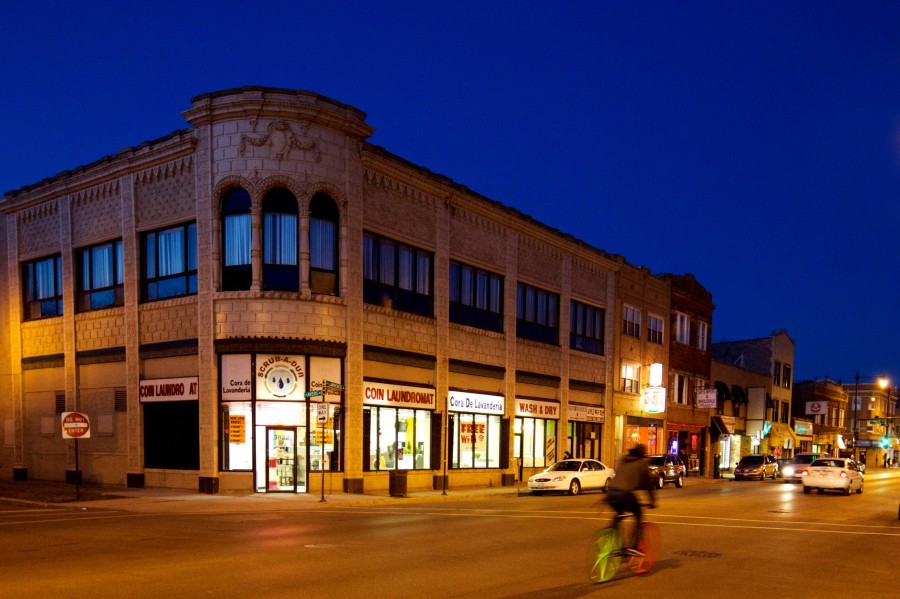