Neighbors are convening today at 6PM at 4245 King Dr to explore last minute options for preservation and learn about the history of the building. Everyone is welcome to attend.

A pending demolition permit indicates the last remaining Boston Store Stable building won’t get a chance for reuse. This building at 4340 S. Vernon in Bronzeville served as a horse stable and parcel station for the Boston Store, constructed around the same time (1906) as the company’s massive massive new department store at State and Madison.

Designed by the firm of Holabird and Roche, this unique historic structure is a link to another era.

In the past few weeks, a retail chain of Boston Store locations closed for good. Part of the Bon Ton umbrella of stores (including Carson’s), that Boston Store (founded in Milwaukee) has no historic connection to the Boston Store that occupied the corner of State and Madison for 75 years (above).

Netcher’s Boston Store, Founded in Reconstruction after the Great Fire

Several newspaper advertisements for a “Boston Store” in Chicago date back to the 1860s, all existing at different addresses and selling varying wares. The name reflected a style more than anything, as Boston was considered the center of fashion and commerce around the turn of the century.

The store once at State and Madison has origins in a partnership between Charles Pardridge and Charles Netcher. The two met when a young Netcher delivered bundles for the elder Pardridge in a store in Buffalo, NY. When Pardridge arrived in Chicago after the Great Fire to open a new store on State Street in 1873, he brought Netcher with him, impressed by his work ethic.

Working his way up to store manager and later partner, Charles Netcher bought the remaining stake in the Boston Store in 1899.

Decades of Success and Expansion under Mollie Netcher

In 1890, Mollie Alpiner served as the chief underwear buyer for the Boston Store when Netcher introduced himself and proposed marriage. In the years after, the Boston Store’s growth continued upward under the leadership of both Mollie and Charles Netcher.

The store’s location at State and Madison propelled its success, but in order to rise above the other retailers, more space was needed. Using anonymous third-party buyers, the Netchers assembled a half block of parcels that stretched the length of Madison and half of State Street.

All of the desired land was finally acquired by 1901, but design and construction of a new building proved incredibly complex. The expense of acquiring so much land at “the busiest corner in the world” delayed construction by several years.

In 1904 after the death Charles Netcher, Mollie Netcher took the helm and oversaw the massive development project, two roles that were normally for men in that era. Her success in these dual roles earned her respect and notoriety in Chicago.

Construction of the new department store took place in phases, beginning in 1905 and reaching completion about a decade later.

Her 1954 obituary noted she was “the most heavily insured woman in the world” at $3 million–a point illustrated with examples of lesser insurance coverage for Will Rogers ($1 million) and John Barrymore ($2 million).

The Mail Order Business, Warehouse, and Network of Stables

While considerable resources were devoted to retail expansion in the mid-1890s, the Boston Store company also built a city-wide supply chain network to facilitate delivery and movement of goods. The hub of this network was the Boston Store warehouse and stable at 1507 S. State Street (above) built in 1894.

About a decade after the warehouse on State Street was built, Netcher was supervising plans for construction of a new department store. It was during this time she also upgraded the business’s parcel delivery infrastructure.

A New South Side Stable

Boston Store stable operations in this part of what is now Bronzeville were in operation as far back as the 1890s, though the size and style of the original barn remains unknown.

Perhaps in a bid to modernize the company’s city-wide network of stables to support the new department store, Mollie Netcher commissioned Holabird and Roche to build three new stables between 1906 and 1908.

The stable building is unusual because these Romanesque and Italianate-era architectural traits popular in the 1880s and 1890s were mostly out of fashion by the time of the stable’s design in 1906.

The North Side stable also designed by Holabird and Roche had a modern design. Despite being designed only two years later and serving the same purpose, the appearance was dramatically different.

Gone were the arched windows, portals, terra cotta, and decorative quoined columns. Instead, a restrained and minimalist appearance that closer resembled the new large department store on State and Madison.

A South Side Commercial Building with Alleys on All Sides

The neighborhood stables used in support of parcel delivery were located at 4520 W. Madison, 4858 N. Clark, and 4330 S. Vernon, all designed by Holabird and Roche. Of these, only the stable on Vernon Avenue is still standing.

Plat of survey showing a building with alleys on all sides. Copyright Chicago History Museum.

The South Side stable on S. Vernon Ave is not just remarkable because of its style, but also because of the parcel of land it rests upon. The stable is fronted by a brick pavered alley, a now uncommon feature in Chicago. As illustrated in Emil Rudolph’s plat of survey above, the building has alleys on three sides.

These Boston Store stables initially served as a home for horses used in parcel delivery, but as automobiles replaced horses, their use adapted as the automobile replaced the horse and carriage. 4330 S. Vernon was still in use when the estate of Charles Netcher sold it along with the other buildings to the Boston Store Company in 1920.

4340 S. Vernon transformed to residential use some time prior to 1940, when census records indicate families resided at the address. More recently it housed an Elks Lodge and later a community church.

The original glass roof with ventilation system is gone and the lower level lighting and egress have since been covered, but the building appears strikingly similar to its 112-year old design. Years of neglect would make rehabilitation an expensive proposition, but the structure was built to the highest standards by a renowned firm.

End of the Line for Boston Store Stable on Vernon

Bronzeville has experienced a building boom in recent years as empty lots have transformed to new buildings and older buildings become rehabbed and put into use. Some held out hope this arrival of real estate investment may transform this historic structure into an apartment building, but unfortunately hopes have dimmed with the arrival of a demolition permit application.

Lacking Landmark Status or Rating in the Historic Resources Survey

Despite its history and cultural significance, 4340 S. Vernon lacks landmark status and is notably absent from the Historic Resources Survey. Buildings with Orange Rating (denoting historical or architectural significance) automatically trigger a 90-day waiting period as part of the Demolition Delay Ordinance.

While the end seems certain for the last of the neighborhood Boston Store Stables, it’s not set in stone. We’ll update this post with future developments.

UPDATE November 1: Chicago Cityscape is reporting that the demolition permit has been issued.

Neighbors are convening today at 6PM at 4245 King Dr to explore last minute options for preservation and learn about the history of the building.

Everyone is welcome to attend. 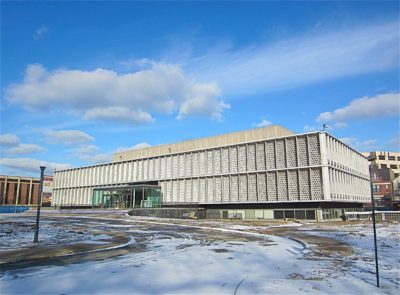 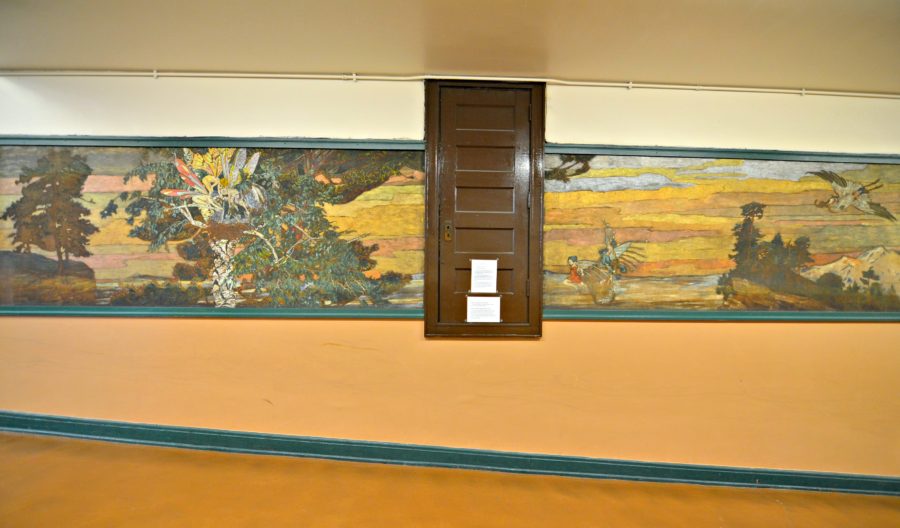