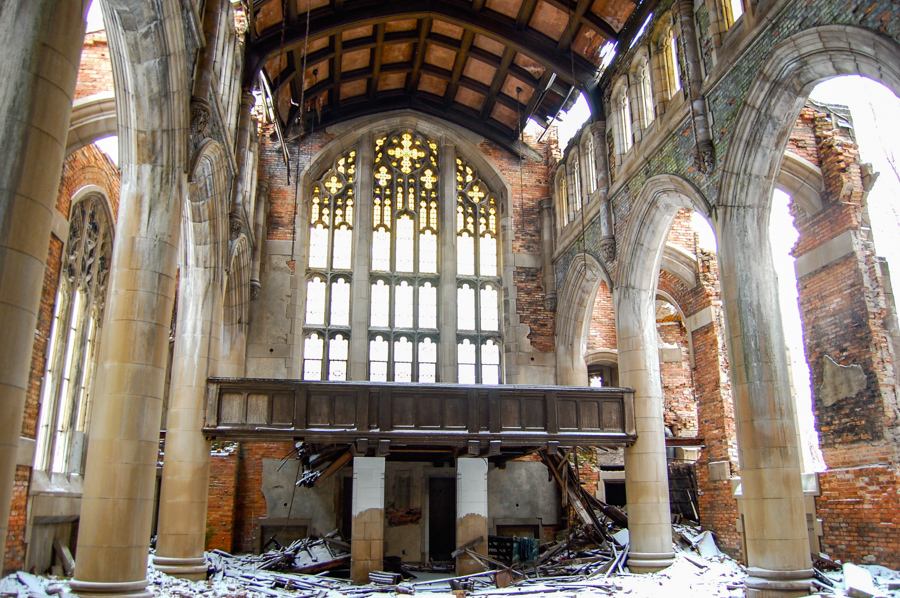 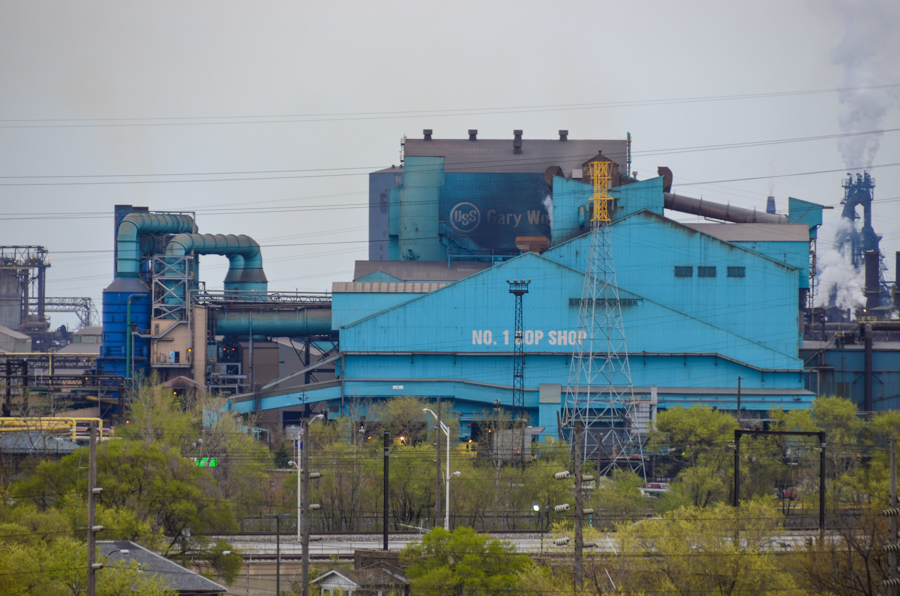 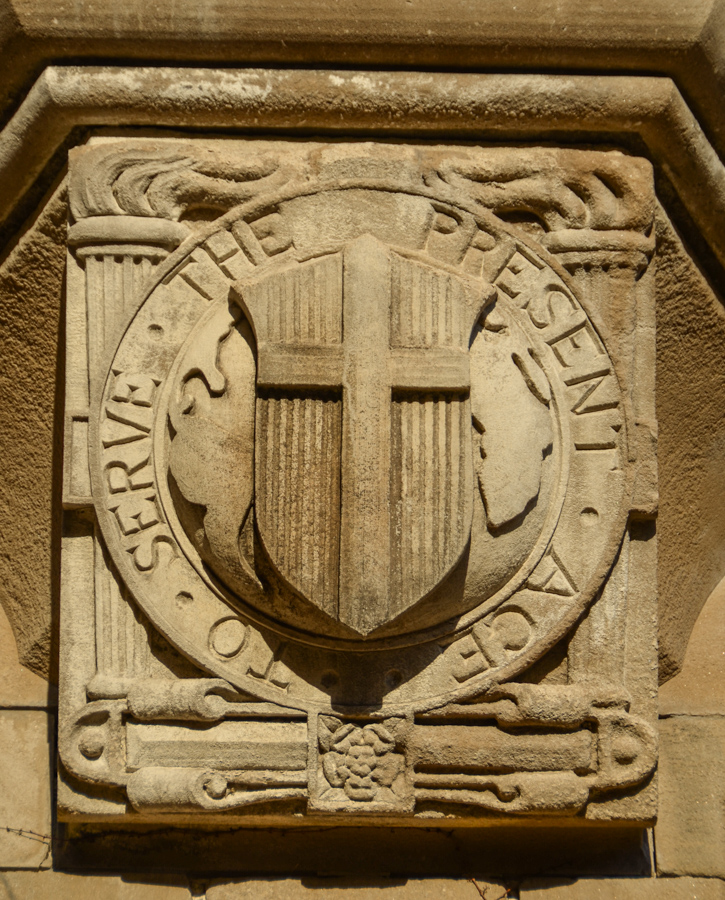 Yet there is still a city there, struggling to find a purpose, to provide a good life for the people who have stayed. One way forward acknowledges the value of the magnificent ruins, and invites those who would explore them to discover, too, the parts of the city that are alive and striving. 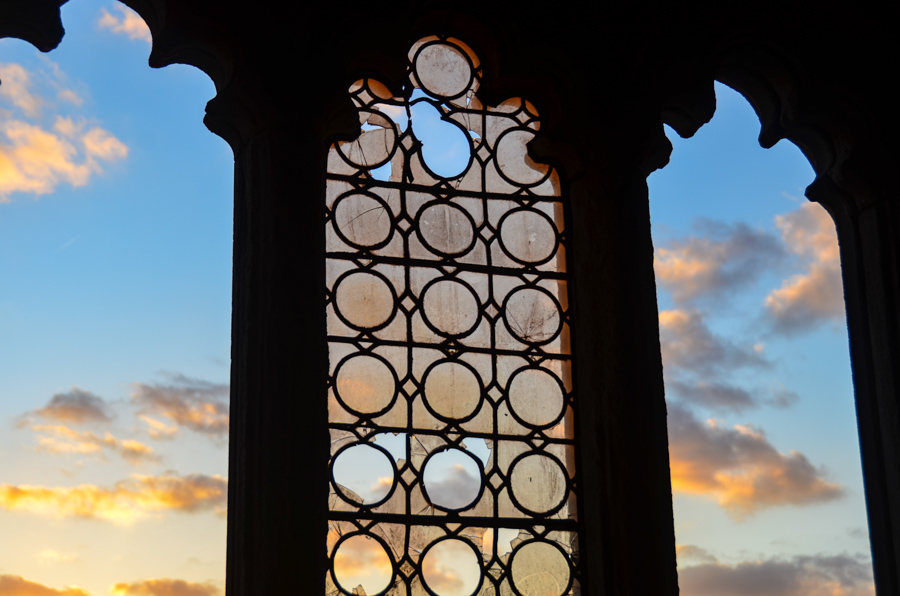 That is the theory behind a series of preservation-focused tours of downtown Gary being planned for this summer. A crowdfunding campaign is now underway, ending March 15, 2017. The goal is achievable with you help. Click here to learn more and support the effort. 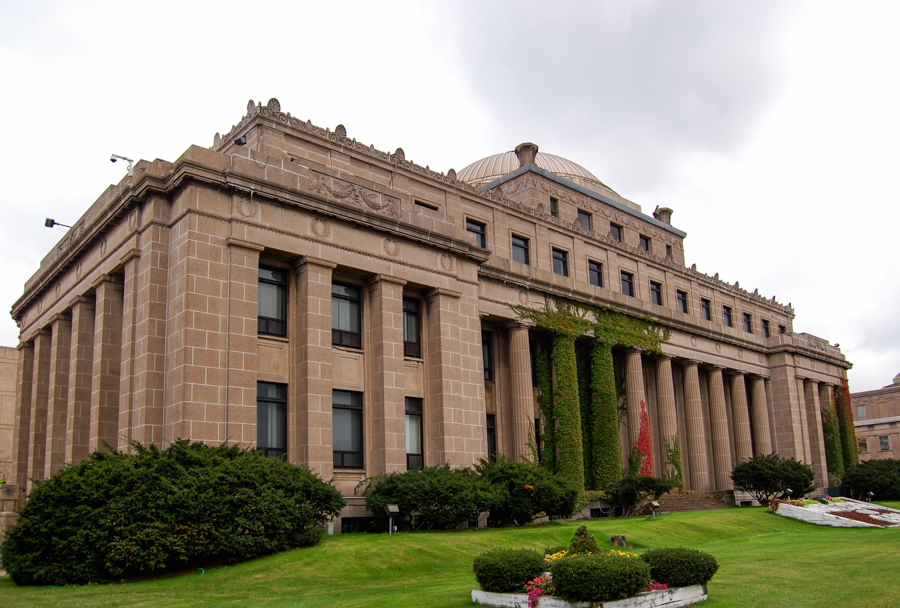 One aspect of the effort involves performing work to clean up and secure some of the city’s most notable abandoned sites. This will be controversial, but it is necessary if they are to survive much longer. The case of the Ambassador Apartments is instructive. 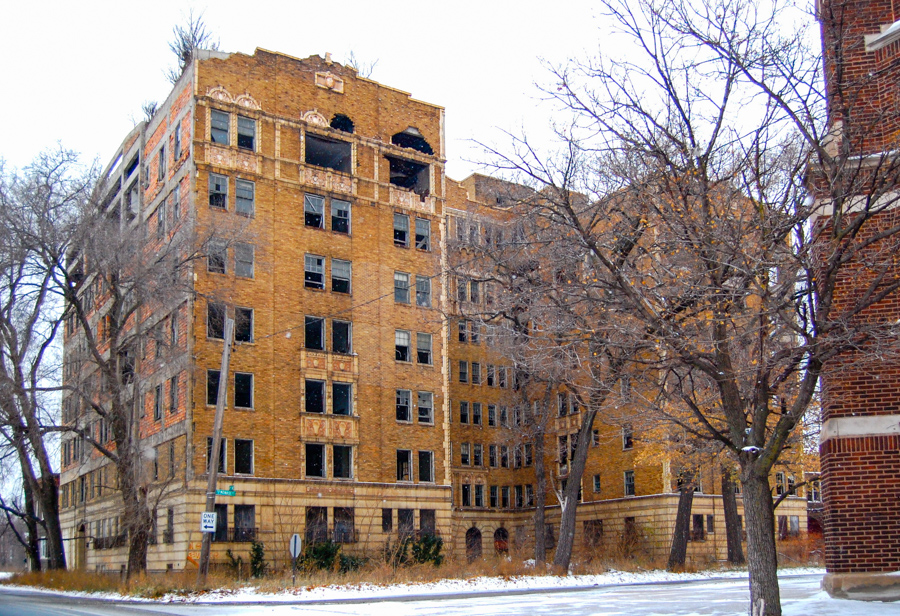 A sumptuous apartment building for US Steel executives, the Ambassador opened in 1928. It was designed in orange brick with lavish terra cotta ornament by architect William Stern. By the 1970s, as the city declined, it became low-income housing – but finally closed in 1985, at just shy of 60 years old. It would stand abandoned for 30 more years, progressively destroyed by vandals, thieves, and the elements.

Miraculously, several other long-vacant Gary landmarks have not yet met the Ambassador’s fate. The majestic City Methodist Church is perhaps the best known.

The story of the soaring Gothic ruin mirrors the city’s. Opened amid great optimism in 1926, it began a drastic decline in the 1960s. It closed in 1975, and has now stood abandoned for nearly as long as it was in use. Vandals, fires, and the elements have all taken a toll, but the mighty steel and stone structure remains a captivating presence in downtown Gary. 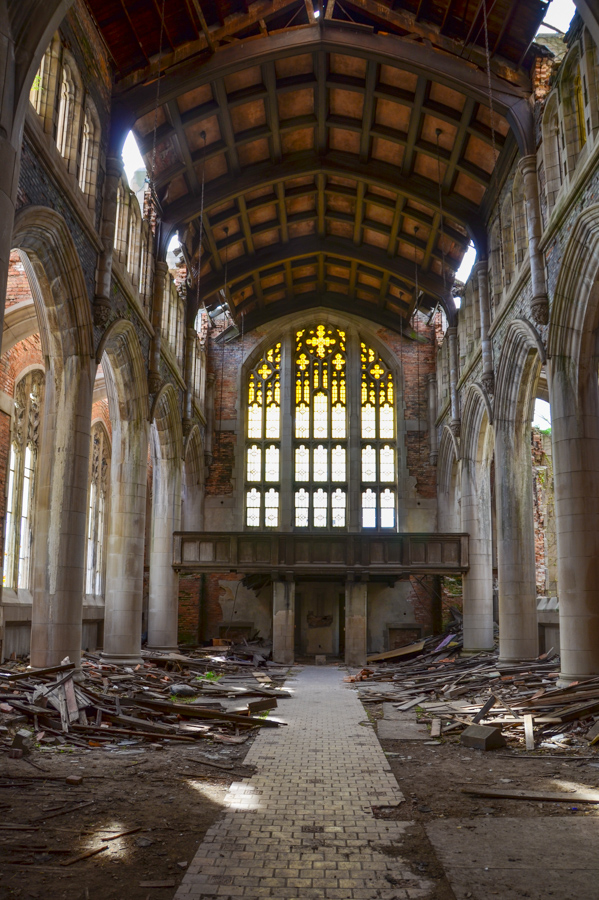 The streamlined post office, too, somehow survives. Its strong concrete and steel structure is a legacy of the New Deal, designed in 1936 by architect Howard Cheney. Very little remains besides the Moderne shell of the building, but it is solid enough to stand for many more years. 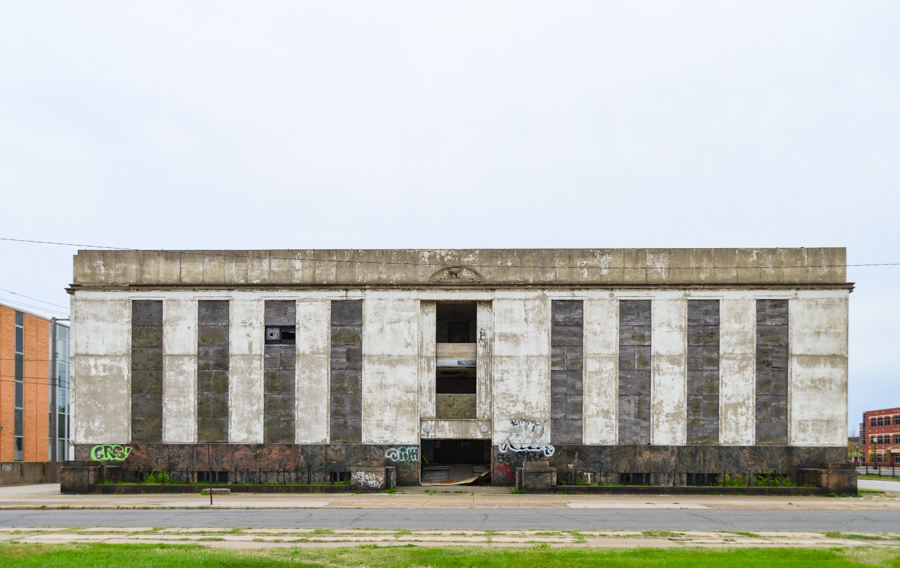 Trains still stop in Gary, but they call at a modest station designed to connect to buses and the Gary Convention Center. Union Station hides between the tracks north of downtown, a hauntingly beautiful Beaux Arts building. It opened in 1910, its grandeur a bet on the meteoric future growth of the then four-year-old city. It was built for the ages and stands strong today, an example of early cast-in-place concrete construction that was surprisingly common in Gary. 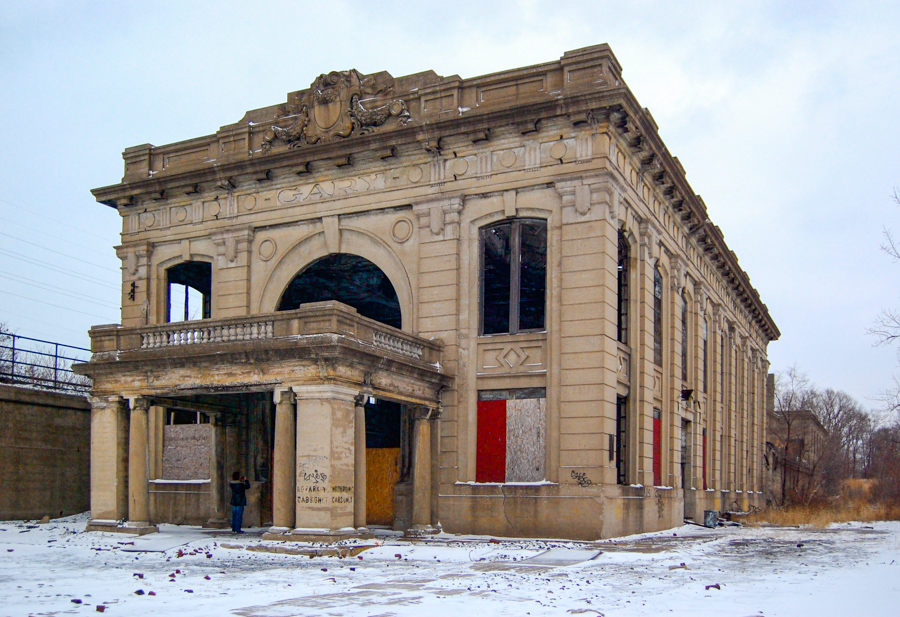 While the buildings that will participate in this summer’s tours are not yet finalized, several buildings that remain in use will likely also be included. The Philip Maher-designed City Hall and the historic Gary Land Company Building, oldest in the city, would be sites of great interest to visitors.

If you think this is a worthwhile effort, step up and support the crowdfunding campaign. Help the City of Gary take steps to preserve some of these iconic ruins, and explore ways to harness them to drive positive development. 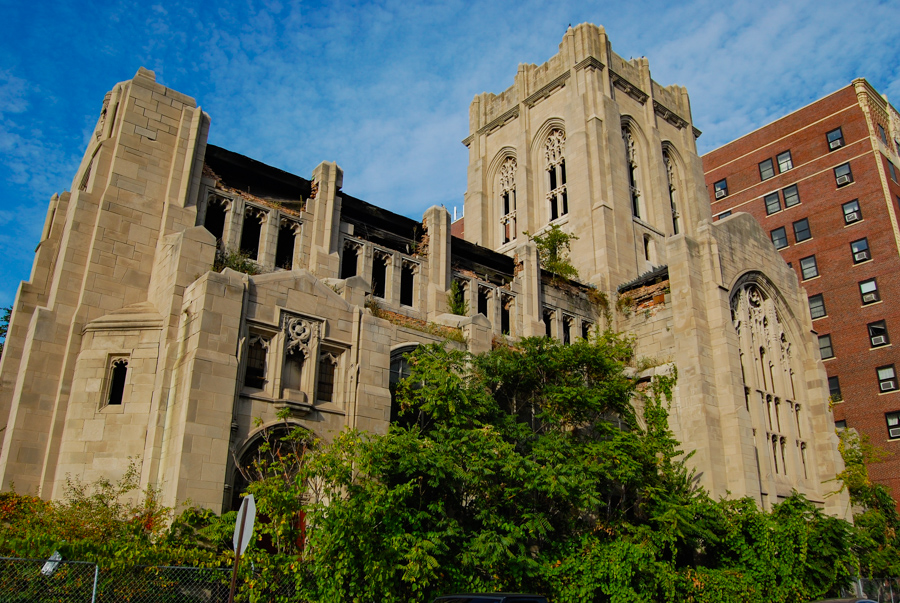