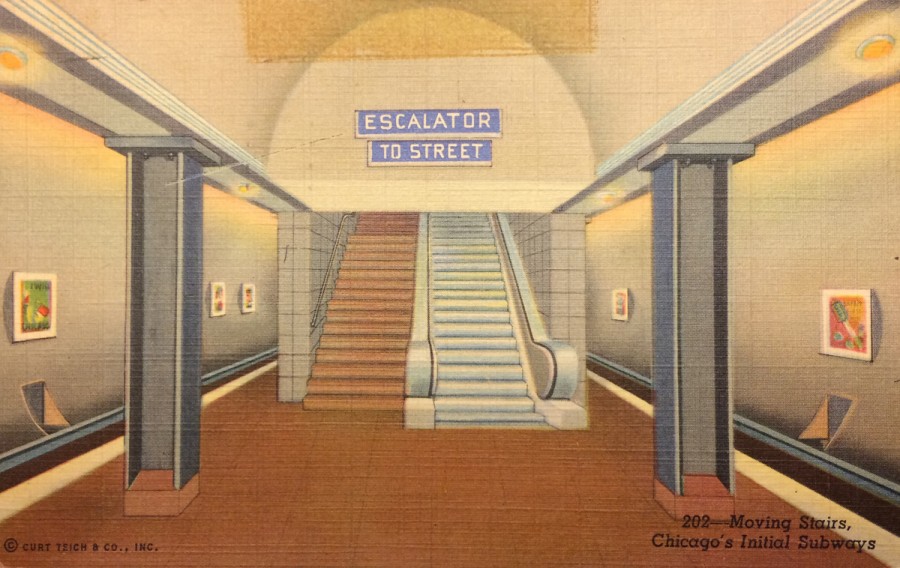 In this week’s edition of Flashback Friday, a postcard featuring Chicago’s first subways, which opened in the early 1940s.

In a feature titled America on the Move, the Smithsonian explains the significance of a new development of a rapid transit system that had been in existence for decades prior:

One of the most substantial transportation projects completed in Chicago in the 1940s was the opening of the first subway line. Harold Ickes, at the Federal Emergency Administration of Public Works, pushed through Federal appropriation to build Chicago’s long-planned subway—an important turn of events in U.S. urban transportation history. This was one of the earliest instances in the country of the federal government becoming involved in local urban transportation issues. Chicago’s first subway line opened in 1943.

In 1946, three years after the first subway opened, Lonnie sent this message to Miss Betty Fowler at Rural Route 2 in Loveland, Ohio:

You should be here with me. I’m having a swell time. I’ll see you Tuesday.

The inscription further elaborates on the contemporary technological advances in rapid transit:

Flashback Friday is a weekly series from Chicago Patterns in which we showcase vintage postcards depicting our city. We hope you enjoy this weekend feature!