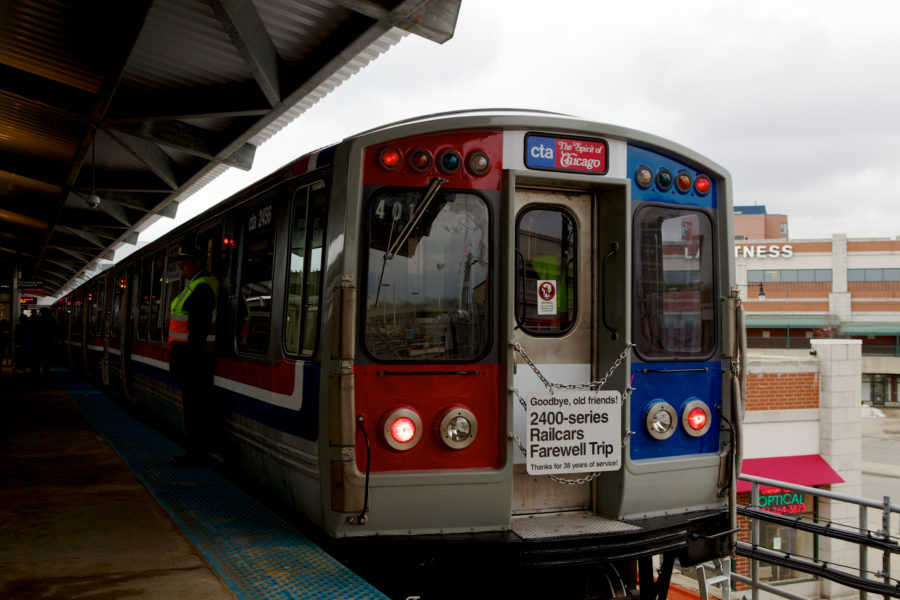 On Wednesday, January 21, the CTA bid farewell to its 2400-series railcars, its oldest set, with a ceremonial ride on what was previously known as the Ravenswood Service (Brown Line), followed by a run on the North/South route (Red/Green Line from Howard to Ashland/63rd).

Introduced in 1976, these railcars were in operation for 38 years.

In the CTA Quarterly publication (above), the newly redesigned trains were touted as improvements in aesthetics and safety:

There will be a new look on the CTA rails with the delivery, in the next two years, of 200 modern rapid transit cars. Red, white and blue–the colors of both our nation and the City of Chicago–will provide an important accent, both from the standpoint of aesthetics and safety. In addition to the red, white and blue stripes under the windows for the length of the cars, these colors will be used for the front and end of each pair of cars for providing greater visibility. […]

The new sculptured stainless steel cars will provide a number of benefits to riders: reduced noise levels inside and out, wider sliding doors for easier access, smoother riding. […]

The striping was in stark contrast to the more minimalist style of the 2200-series it was replacing. The red, white, and blue palette represents the nation’s colors as well as Chicago’s. The release of these cars coincided with the nation’s bicentennial, further highlighting the special meaning behind the color palette. 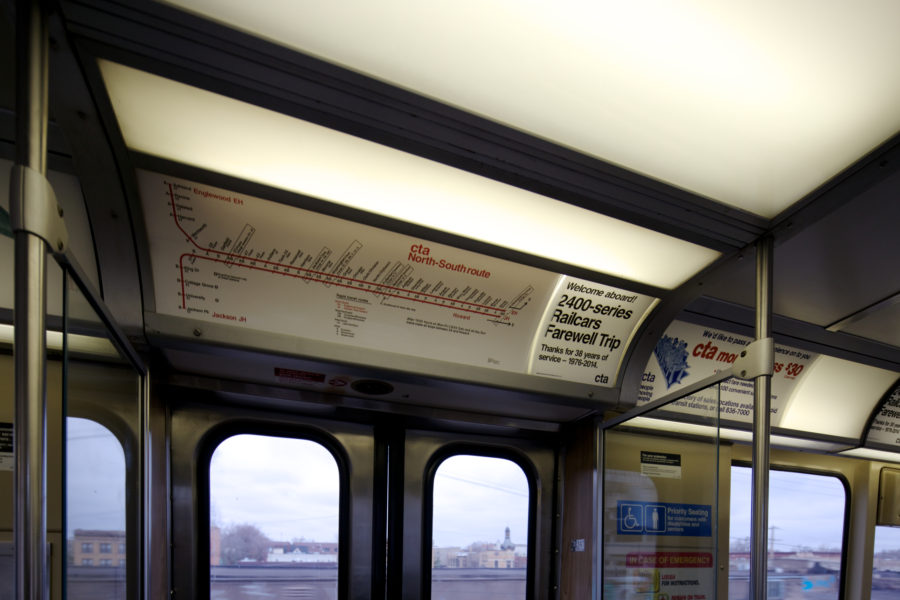 For Wednesday’s ceremonial ride, the trains’ exterior and interior were recreated with advertisements, maps, and various stylings back when the series was brought to service.

The farewell ride coursed through the original North-South route (present-day Red Line and Green Line), departing from Howard and moving toward Englewood. 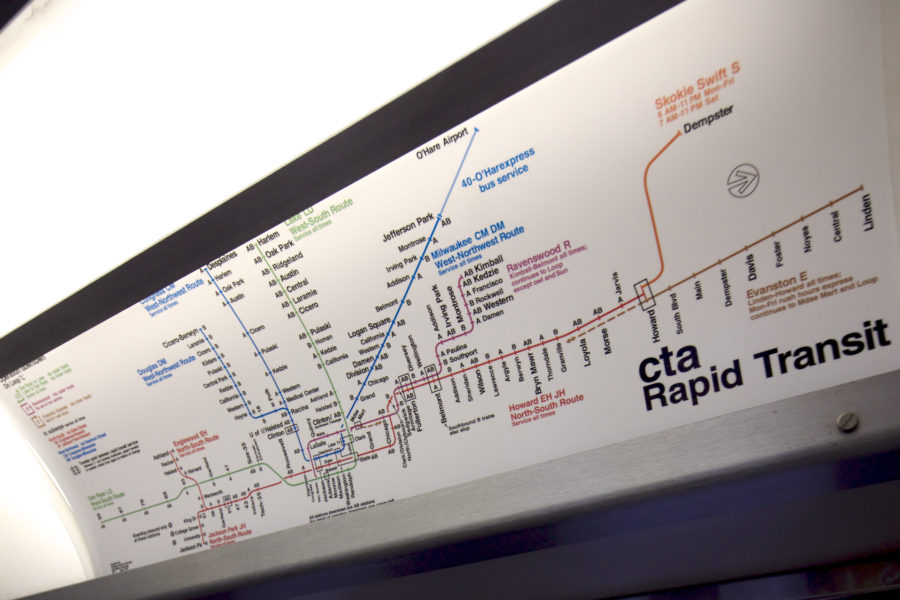 The maps in each car featured routes that were used when the series was introduced to the public in the 1970s. Though, as you can see (above), the route map shows a color-coded transit system, not too different from today’s maps. Individual colors for each line were introduced in 1993. 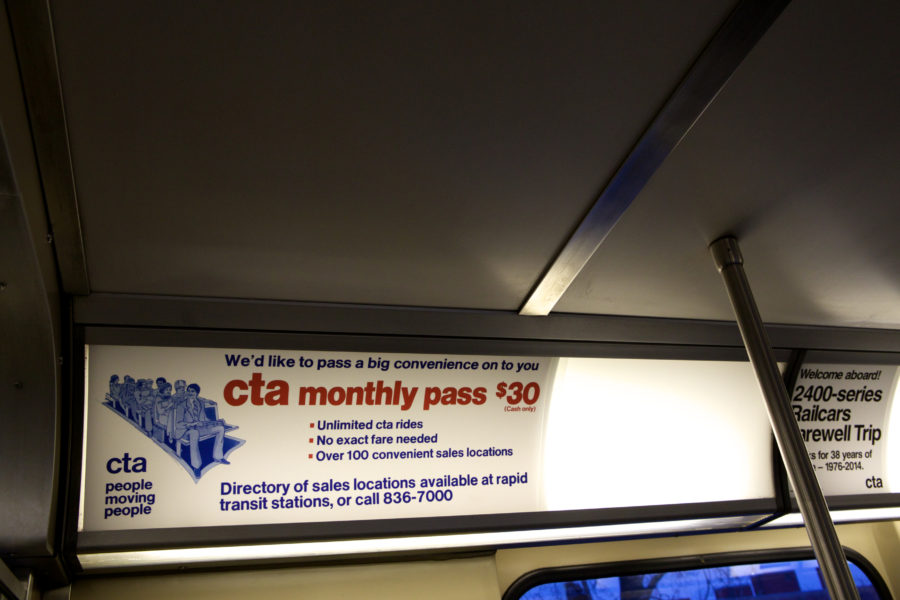 CTA offered unlimited monthly passes for $30 back then. Today it’s $100. 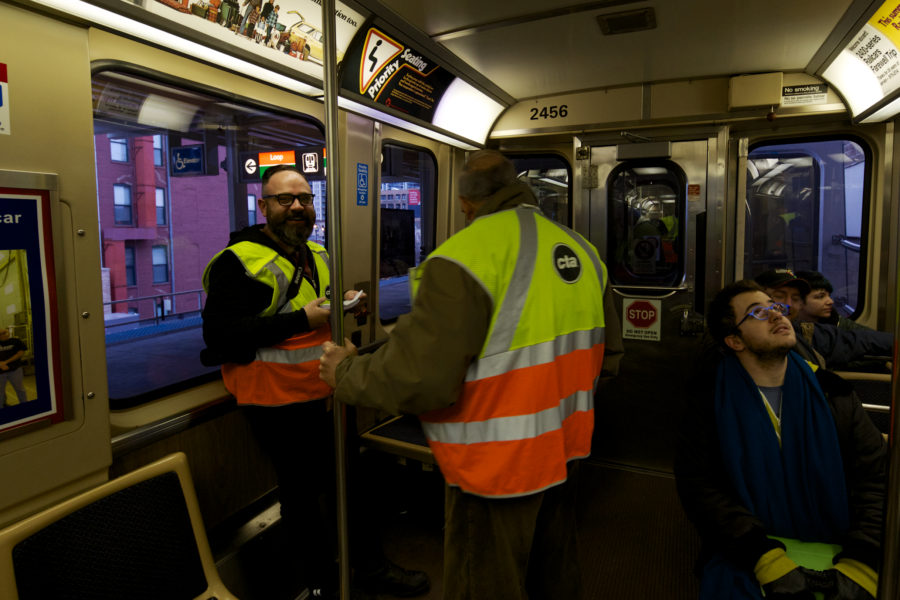 (Above) CTA staff and riders enjoying the retro-themed ride. 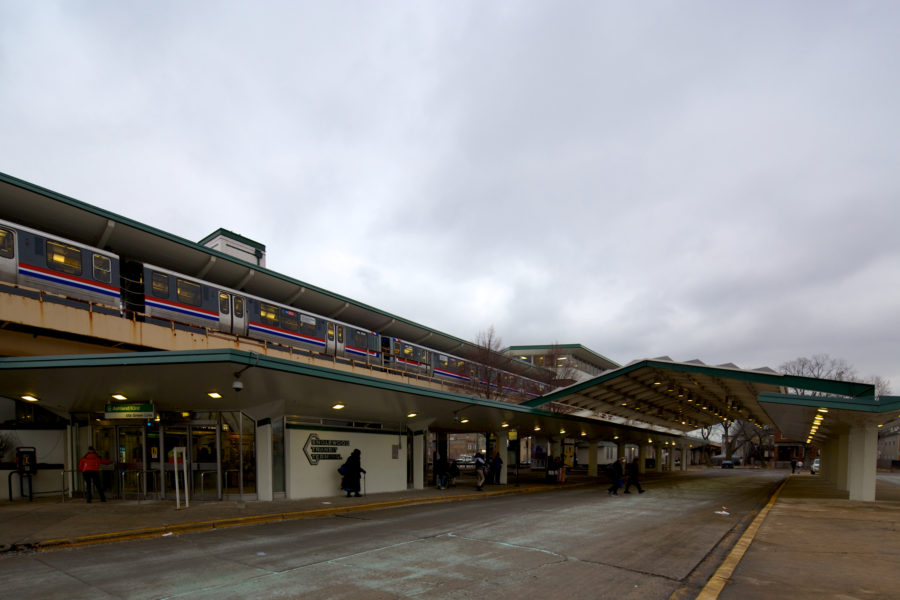 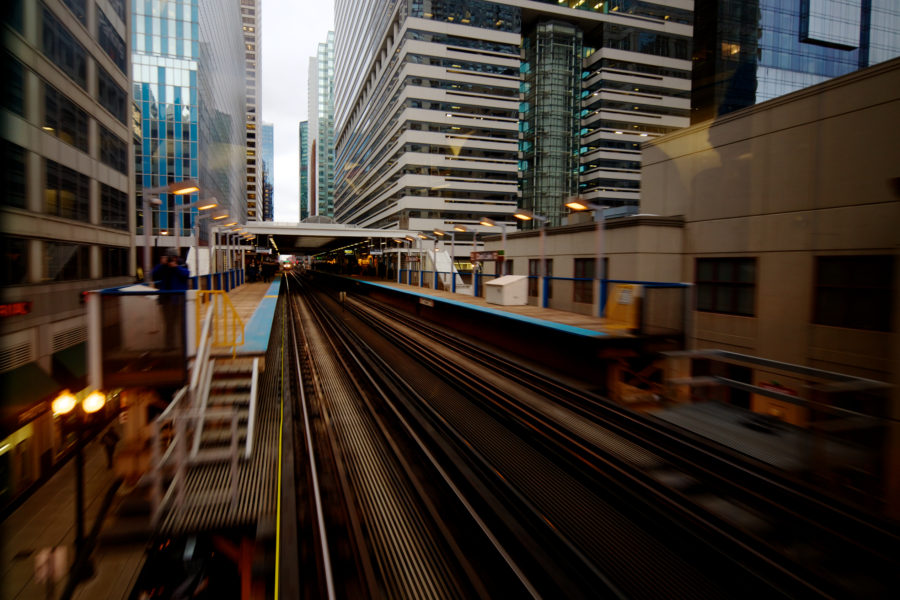 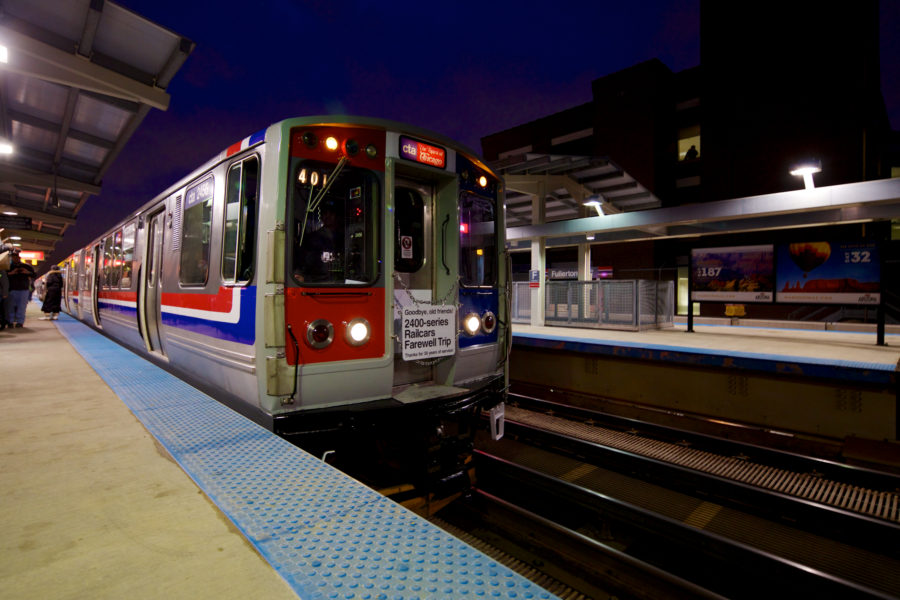 The 2400-series railcar was the last radical redesign of CTA’s rolling stock. There are minor exterior aesthetic differences between the cars introduced in 1976 and the newest ones in use today, but the exterior designs are mostly similar.

I’m hoping we’ll see future railcars with a more modernized exterior design, if only in the end cap (front/rear) of each car.