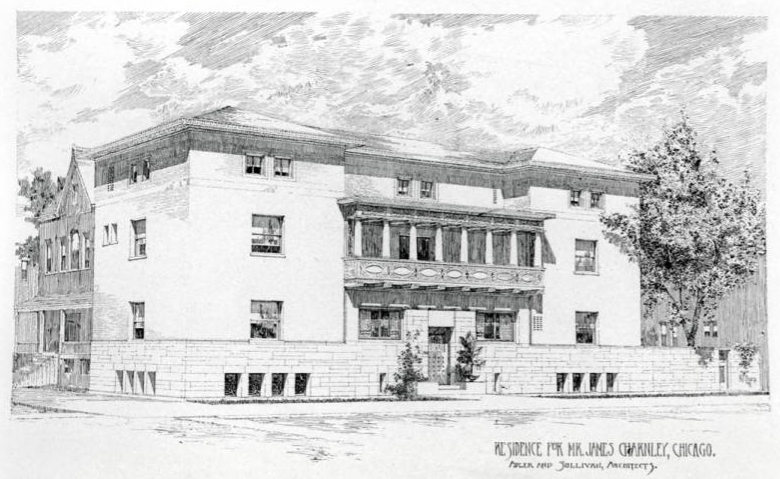 In this three-part series, I will be examining the relationship between the architect Frank Lloyd Wright and his mentor Louis Sullivan, specifically in the controversy surrounding one of the most important designs in early modern architecture: the James Charnley House, constructed between 1891-92, in Chicago’s Gold Coast. Although Adler & Sullivan were the architects of record at the time of construction, since the 1930s Frank Lloyd Wright has been routinely listed alongside them (or sometimes alone) since he wrote in An Autobiography in 1932 that he solely designed the home. No one challenged this assertion, especially Adler & Sullivan, as both were long dead by the time Wright’s memoir was published. Although the commission was widely published in architectural journals of the time, like the August 1891 issue of Inland Architect and the January 1892 issue of Architectural Record as one of Sullivan’s most important works, Sullivan’s name was mostly omitted from discussions of the Charnley House for the next half century. Even Hugh Sullivan’s 1935 monograph on Louis Sullivan, the first detailed assessment of the architect’s work, validated Wright’s claims first made in An Autobiography. No sketches, no plans, no furnished interior photos survive of the home. Because of this lack of concrete contemporary evidence and the fact that scholars never conducted a detailed investigation over the years, one can see how easy it was for Wright to claim this ground-breaking design as his own.