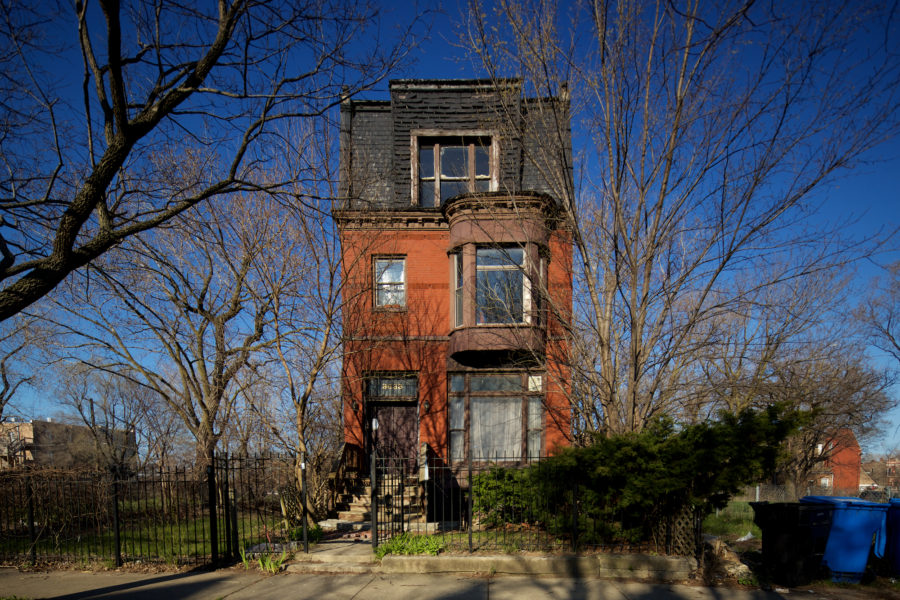 Second Empire/Italianate at Throop and 18th 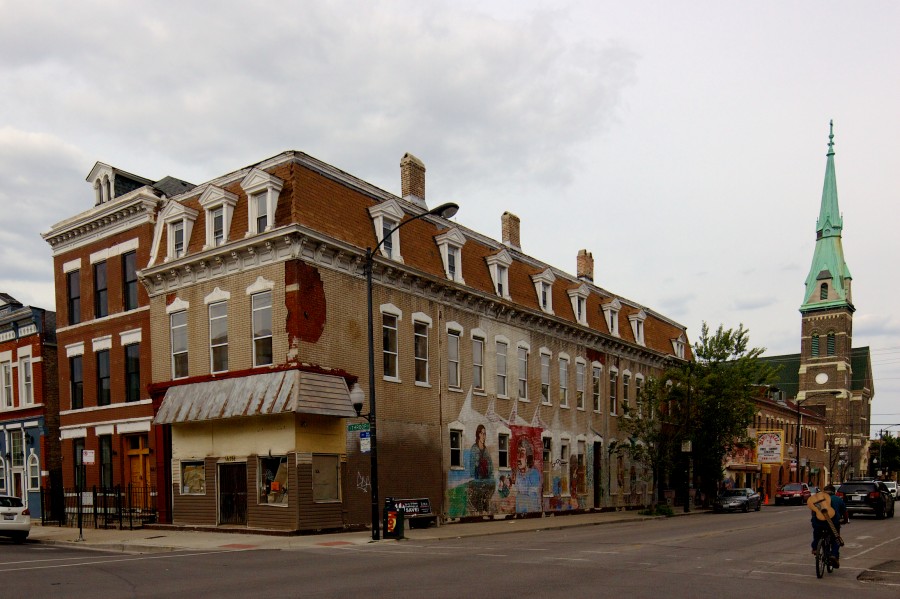 Man carrying a guitar on his back while riding his back in front of a Second Empire and Italianate styled commercial/residential building at Throop and 18th in Pilsen. 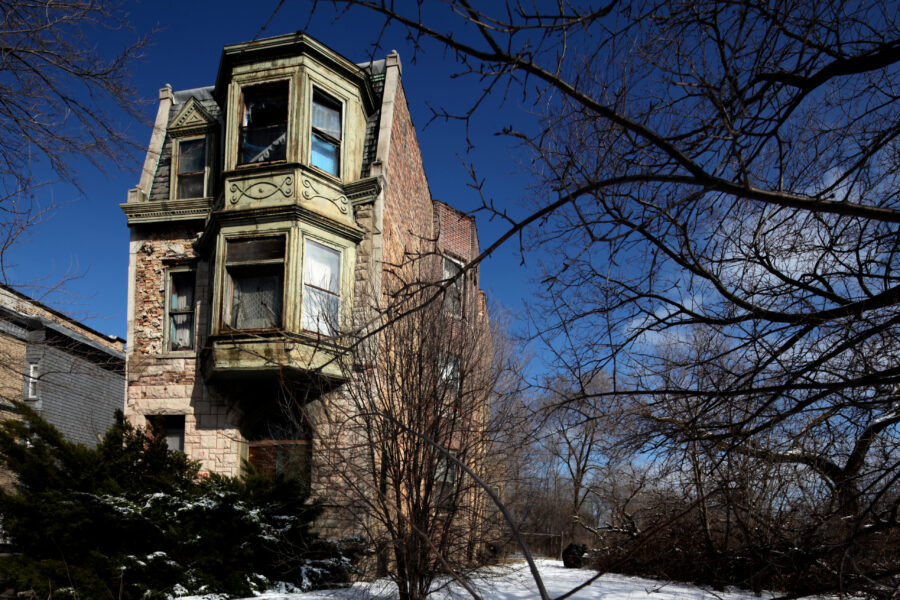 On S. Oakenwald Avenue in Kenwood is this rather lonely 3 story structure with a crumbling front facade.