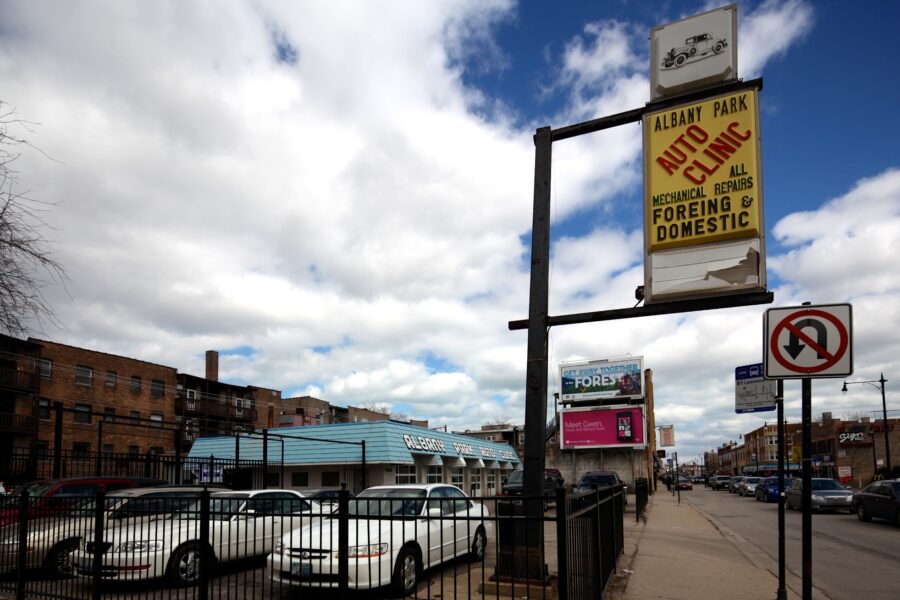 The typography and striking color of the 1970s building in the photo above was one of the first things I noticed about the Albany Park neighborhood. After speaking with some of the mechanics that worked there, I learned something a little humorous about the place. Notice anything unusual on the mounted yellow sign? 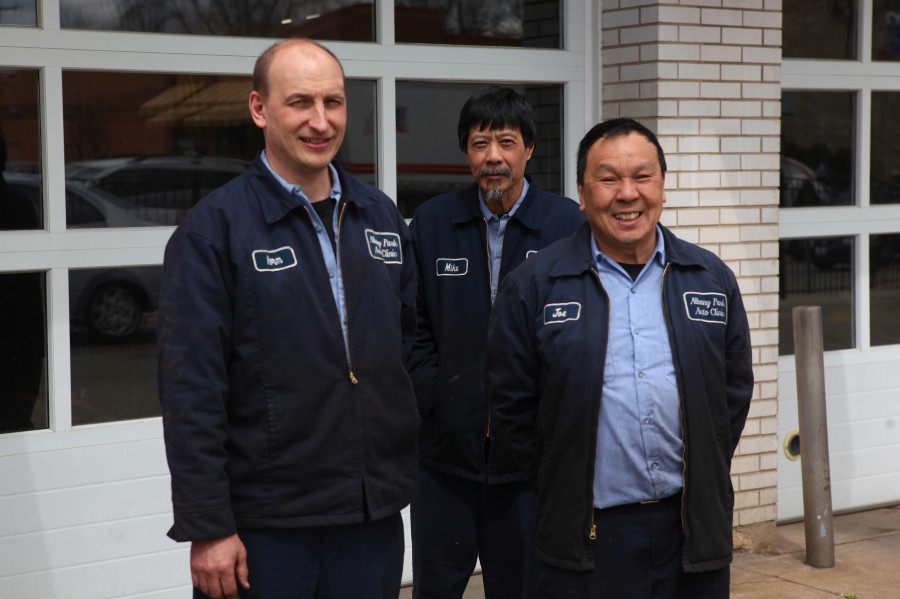 Norm, Mike, and Joe (above) told me a bit of history on why the sign has the misspelling.

Albany Park Auto Clinic dates to 1972, and it was then that the owners commissioned a sign to be made by a graphic artist in California. After receiving the sign, the misspelling was noticed, and they requested a correction. While the replacement sign was awaiting installation, there was a fire in the back of the shop which destroyed the replacement. It has remained hanging in its incorrect glory ever since. 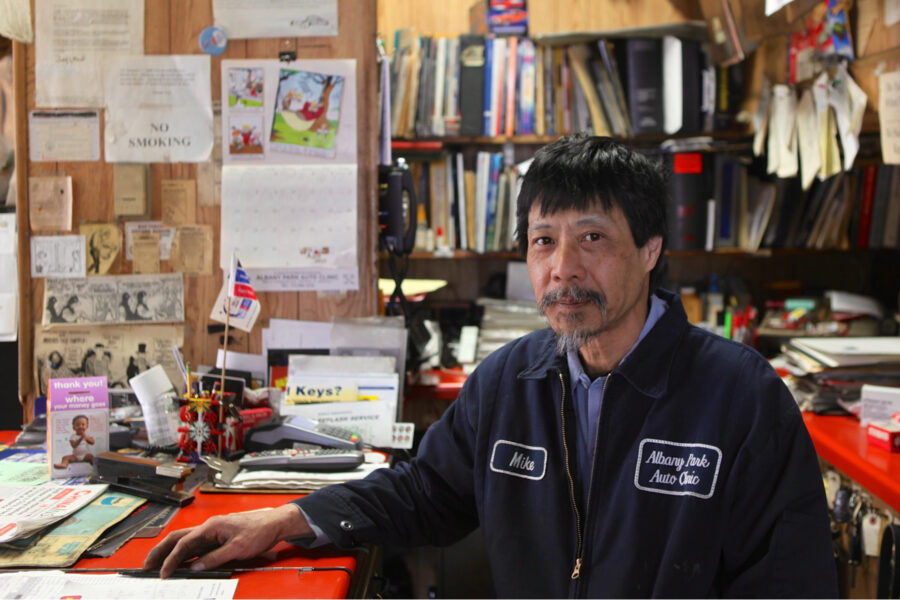 This neighborhood is a melting pot, it always has been.
–Mike

I had a long conversation with Mike (above) about the shop and his neighborhood. Most of Chicago’s neighborhoods are highly segregated by ethnicity, but Albany Park stands in stark contrast to this: it is one of the most diverse neighborhoods in the United States, and has one of the highest percentages of foreign born residents in the city. Mike said it been this way since he was a child living in the area.

The initial residents were German and Swedish immigrants. Later, it hosted a few Chinese and Japanese families, and then large swaths of Russian Jews leaving the Near Northwest Side. The 1970s and 80s saw a large influx of Korean immigrants, and this is evident by the large number of Korean businesses on Lawrence Avenue. More recently there has been an increase in the number of Middle Eastern, Guatemalan, and Filipino residents.

Today, Albany Park Auto Clinic continues to operate much the same way it did after opening in the early 1970s. There isn’t much of a waiting room or entertainment, but there are enough interesting things to see nearby in the neighborhood while you wait. Walking is better than sitting anyhow.

If you’re ever curious about the history of Albany Park, stop by and talk to Mike. He can probably tell you anything you want to know.