At 1930 N. Cleveland St, a white Italianate cottage (above) stands as an ornate link to Nathan Plotke, a mostly forgotten Chicago alderman and Illinois state legislator, who, in 1897 made national headlines with two articles of legislation.

He gained notoriety for his efforts to prohibit the wearing of tall hats in a theater, and later ridicule for his attempt to outlaw football in the city of Chicago. He was additionally remembered by his children for making an incorrect prediction about the Great Fire in 1871.

Hardly a Better Man Known in his Ward

Nathan Plotke was a legislator and later alderman with a reputation as a sharp-witted lawyer and of good moral character. He earned a wide range of endorsements from civic and governmental organizations as he transitioned from practicing lawyer to legislator.

Born in Prussia (now Germany), Plotke immigrated to the United States at 17. Two years after his arrival, he moved to Chicago and worked at a cigar factory. After a few years in the factory, he pursued an education in law and admitted to the bar in 1871.

In 1880 at 39 years old, Plotke became a Republican congressman in the Illinois House of Representatives, where he served until his election for Alderman of Chicago’s Twenty-First Ward in 1896. In announcing his candidacy at the time the Chicago Inter Ocean noted: “Hardly a man is better known in his ward than Mr. Plotke.”

While his time as a state representative was unremarkable, his time on City Council would put his name in newspapers across the country for his legislative efforts.

From the article New styles for women from Paris, Chicago Tribune, 1895

Throughout the 1870s and 1880s, hats and bonnets were on a fashion par. Women who wanted a more modest appearance often preferred bonnets. Sadly for bonnets, this eventually associated them with a matronly appearance. Very tall hats of the mid 1880s were known as ‘3-story’ or ‘flowerpots’ and for very good reason. They soared atop the hair, appearing as if a roof on the tower of a building. This style originated as a revival of a late 18th century woman’s riding hat. That in turn was a copy of a man’s style of the same period.

With this evolution in women’s fashion came vitriol from men in theaters and entertainment halls whose were became obstructed by the ‘flowerpots’ in front of them.

The front pages of newspapers in Chicago and across the country spilled gallons of ink decrying the obstructed theater view, setting the stage for Alderman Plotke to take action

In “It really must go” (above center), an 1895 column steeped in drama and hyperbole made the following plea:

Let them abstain from the alluring temptations of the seven-storied headgear. […] Let them think of the fellow mortals who occupy the seats behind them, and a threatening problem will be solved without the invocation of pains and penalties, arrests, fines, and bayonets.

Men at the time appear incapable of a peaceful resolution, instead writing columns hinting at punishment and violence because of an obstructed view of the stage.

After an apparent negative theatre experience in which Mr. Plotke’s view of the stage was obstructed by people wearing tall hats, he sought to legislate a solution with a little help from widespread negative publicity in the press.

He drafted an ordinance that imposed fines on theater owners who allowed patrons to wear hats that obstructed the views of others. His initial legislation was vetoed by the mayor, but later passed with revisions that penalized the hat-wearing patron as opposed to theater management.

Alderman Plotke, of Chicago, deserves to have his ill-sounding, but perhaps more honorable name handed down to posterity. During the centuries to come, when poor man will have his vision of the ballet unobstructed, the very Honorable Mr. Plotke will be gratefully remembered as the originator of “the theatre hat ordinance.”

After the passage of the law in January 1897, Chicago newspaper accounts of the theatre hat issue completely disappeared, though smaller cities took up similar measures with varied success. It’s likely that mere press led to a change in behavior and the law in Chicago was never officially enforced.

In his first year as alderman, Nathan Plotke brought himself and Chicago into the front pages of newspapers across the country with his legislation on theatre hats. In the months after, he picked up a new cause which had also become a source of great debate: the newly emerging sport of football.

Beginning around 1896, the Chicago Tribune published a series of scathing editorials about football, derisively calling it slugball.

But Plotke’s motivations for his bill to abolish football were described as opposition to brutality, according to a quote in Chicago Inter Ocean:

My reason for introducing the ordinance is that I think football is too brutal for civilized people to play and that it is not a legitimate game and should be suppressed. I am not seeking notoriety, as stated in some of the city papers. […]

Of course if the people of Chicago desire to see the game, I will not fight for its suppression, but I am convinced that, aside from a comparative few who play football, there is not much interest in the game.

The Tribune’s pages conveyed a profound sense of disapproval of football, but this wasn’t matched in public sentiment, particularly when the issue came up in City Council.

As Plotke’s ordinance came up for a vote, chambers were packed with football clubs from around the city and audible jeers and boos greeted Plotke’s plan. A group of aldermen from Irish-dominated wards who feared it would prohibit Gaelic football also showed up in force to protest.

Recognizing the bill’s unpopularity, Plotke attempted to move the issue to committee where it could die quietly. But other aldermen intervened, forcing a vote.

Not only did the alders from Irish wards force a vote on the doomed measure, one attempted to “kill it by ridicule” according to the Tribune:

The amusing feature of the game was a vain attempt on the part of Alderman Coughlin to get in an amendment intended to kill the ordinance by force of ridicule. It included in the law on football all such games as pinocle, high spy, and checkers.

The amendment didn’t make it, but Plotke’s defeat in council was still humiliating.

He ran for alderman of the Twenty-First Ward again in 1898, but lost to Henry Turner.

The Final Act: Cut Short After An Active Term in Public Office

After his re-election defeat in 1898, Plotke returned to his private law practice as Plotke & Frazier, on Clark Street. Around the same time, he and his wife sold their home at 1930 N. Cleveland and moved to 169 Bissell St. (today 1918 N. Bissell).

Two years after leaving public office and moving, Nathan Plotke succumbed to “congestion of the heart” and was interred in Rosehill Cemetery.

Long after Nathan Plotke died, he lived on in the imagination of journalists and historians because of his efforts in the theatre hat ordinance and failed attempt to prohibit football.

One of the last newspaper mentions of Plotke’s legislative fame came in a Tribune article documenting the life of the oldest twins in Chicago, Tillie Jacobs and Rose Levey. The twins were Nathan Plotke’s nieces, and he and Ms. Plotke raised them from very early childhood.

In the 1941 article, they recalled life in early Chicago and a singular event in which their uncle became exasperated and having his view of a theatre show obstructed by tall hats.

But perhaps most interestingly, they recalled having slept through the Great Fire:

Early in the evening of Oct 9, 1871, she said, a neighbor dropped in to say there was a fire downtown and heading our way [on Erie St between Clark and Dearborn]. Uncle Nathan put his hand on the plaster, laughing and said the wall was still cold, and soon afterward the family retired. When we got up next morning all was confusion.

Our water supply was cut off. My sisters, Sadie and Bertha, wandered across a nearby park looking for water and got lost. They were found by Elias Greenebaum, the banker, who placed them at a refugee center where the family later found them.

Nathan Plotke managed to gain brief nationwide fame through both successful and wildly unsuccessful bids to legislate what he thought was right.

In the case of football, he was a poor judge of estimating public sentiment and reaction. In the case of the Great Fire, his miscalculation caused a brief emergency and family separation.

Some aldermen have streets named in their honor, or have honorary plaques, or chapters in history books outlining their place in Chicago’s history. Given his ability to cross so many paths of city fame in such a short time, maybe it’s time to give Nathan Plotke the entry in city history he deserves–even if it’s only a humorous plaque noting the nationwide drama of tall hats in theatres. 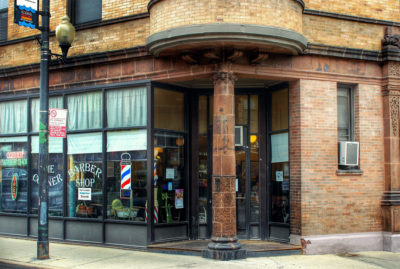 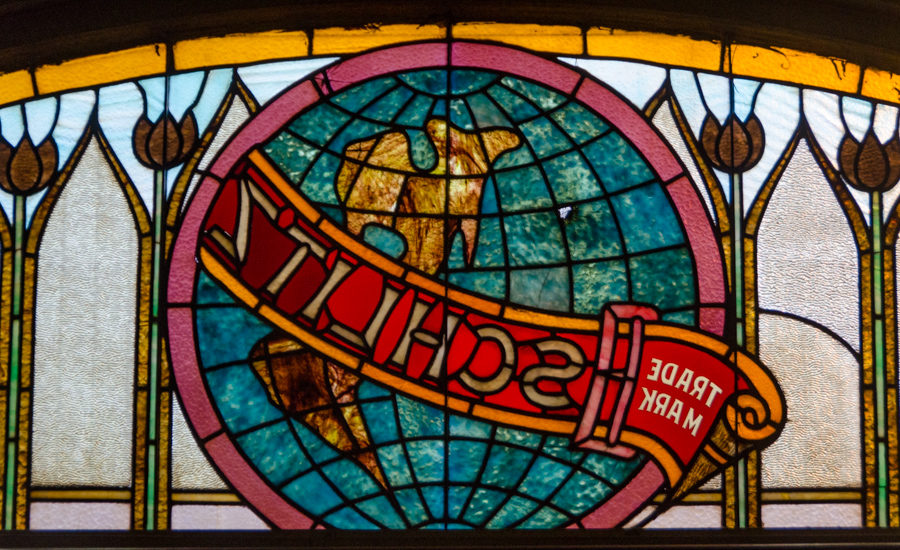 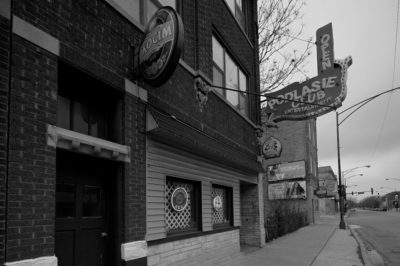