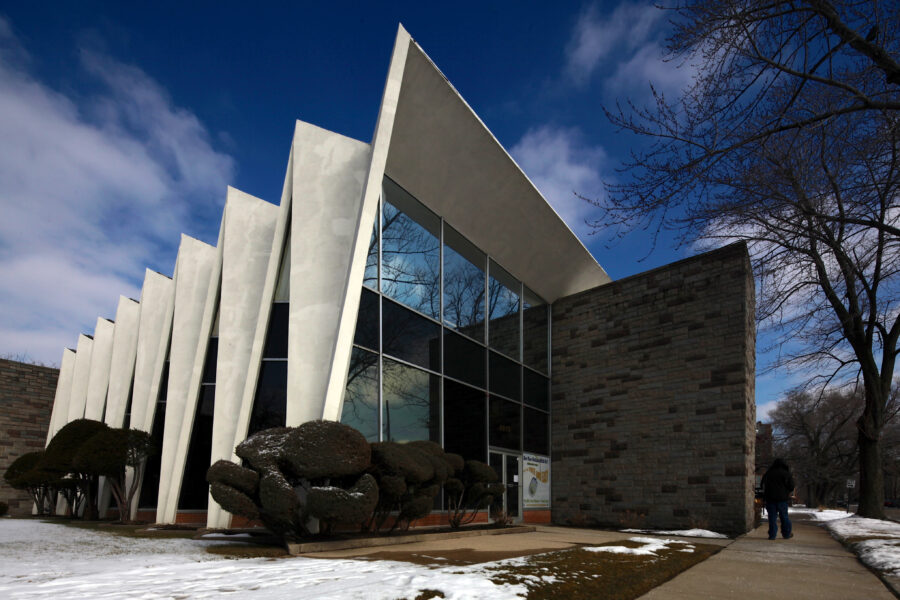 On a stretch of Dr. Martin Luther King, Jr. Drive is this beautiful midcentury modern structure, still serving the same purpose for which it was built: banking.

In 1961, ground was broken on the space and the following photo and caption were provided by Jet Magazine:

They Dig: Sharing honors of lifting first shovel of dirt on a proposed $1 million ultra-modern Illinois Federal Savings and Loan building, Rev. Archibald Carey Jr. (l.), vice pres., cooperate during the groundbreaking ceremony at new location. The building, which will have a total of 6,000 square feet of office space–some of it for rental purposes–will house a directors’ room and recreation space in its full basement. The 25-year-old institution has nearly $12 million in assets.

Illinois Service Federal continues to grow long past the groundbreaking on this beautiful building:

Thirteen African-American men, and their many supporters, had a dream to establish a savings and loan association sensitive to the needs of Black residents of Chicago.

The story begins in the early 1930’s when it was all but impossible for people of color to obtain mortgage loans. […]

The doors opened to a one-room office on 70 East 47th Street with deposits of $7,000.00. The first few depositors had balances ranging from $4.00 to $50.00. Our first employees were women black owned and managed S&L and began to make deposits in earnest. As assets grew, so did our ability to help the local communities grow and prosper.

We have continued to grow and prosper. In the Fall of 2000, we opened a new, state-of-the-art facility at 8700 S. King Drive. In combination with the main branch at 4619 S. King Drive the association today serves over 14,000 customers and has assets of more than $133 million dollars.