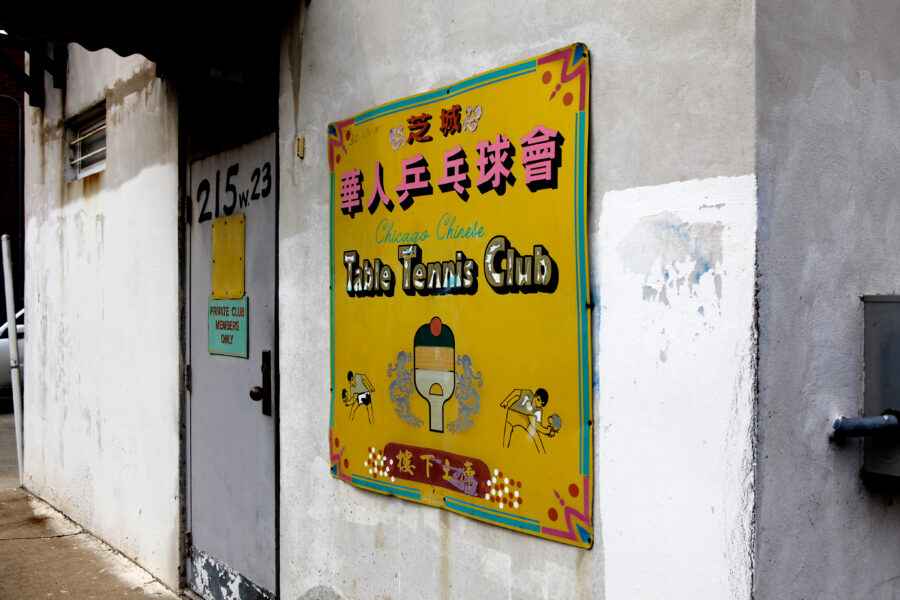 Hidden in an alley in Chinatown is this quiet building which hosts a local club celebrating the world’s most popular racket sport.

Jake Malooley of Time Out Chicago provided this brief intro:

Joining the Chicago Chinese Table Tennis Club isn’t easy. Mainly because it’s awfully tough to find. At its listed address, 215 West 23rd Street, there’s nothing more than a shuttered storefront, a former handbag shop, with brown paper plastered on the windows. On the left, a narrow passageway leads to the building’s back alley and a slightly ajar door. Inside the club’s cramped, spartan confines, stony-faced older men swing paddles and sweat over a couple of green Ping-Pong tables, firing rapid shots that turn the ball into a nearly imperceptible white blur.

And for a look inside, the first half of this video from 190 North shows some of the members playing the game: