One Chicago’s most striking and unique structures is the Garfield Park Fieldhouse. Known to many as the “Gold Dome Building,” this dramatic and detailed building is a rare local example of the Spanish Baroque style. 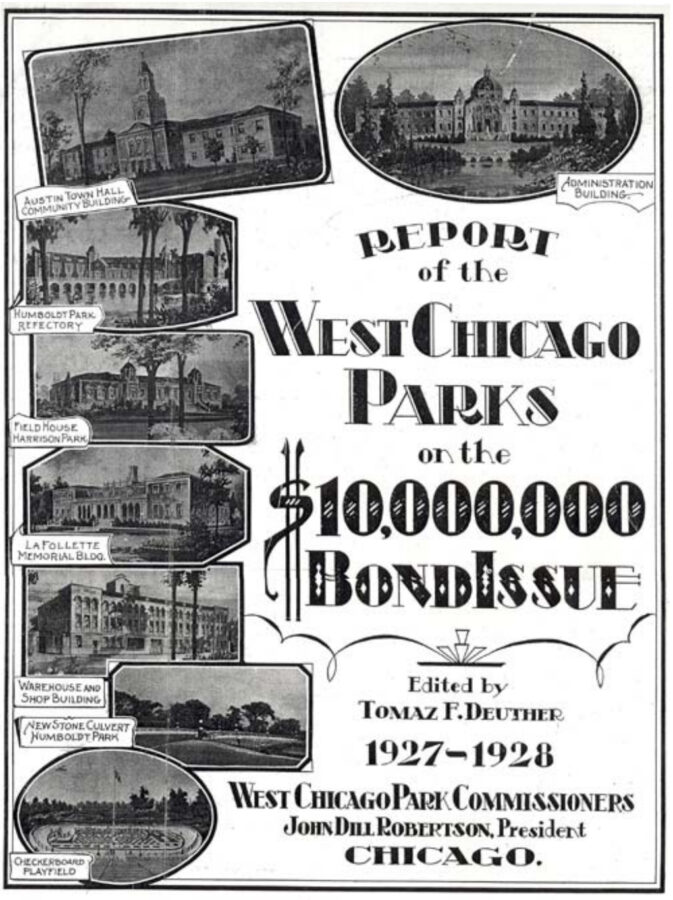 Report by the West Park Commission featuring the fieldhouse in the upper right. Image courtesy of Chicago Historic Preservation Division

Built in 1928 at the height of an ambitious building campaign, related projects included the fieldhouses for Humboldt Park and Douglas Park. The cost was a little over $650,000, and designed by Norse architects Christian Michaelsen and Sigurd Rognstad.

Skating on the ice in front of the fieldhouse. Image courtesy of Chicago Historic Preservation Division

On both sides of the fieldhouse are lagoons which in the past were used by ice skaters in the winter and boaters in the summer. 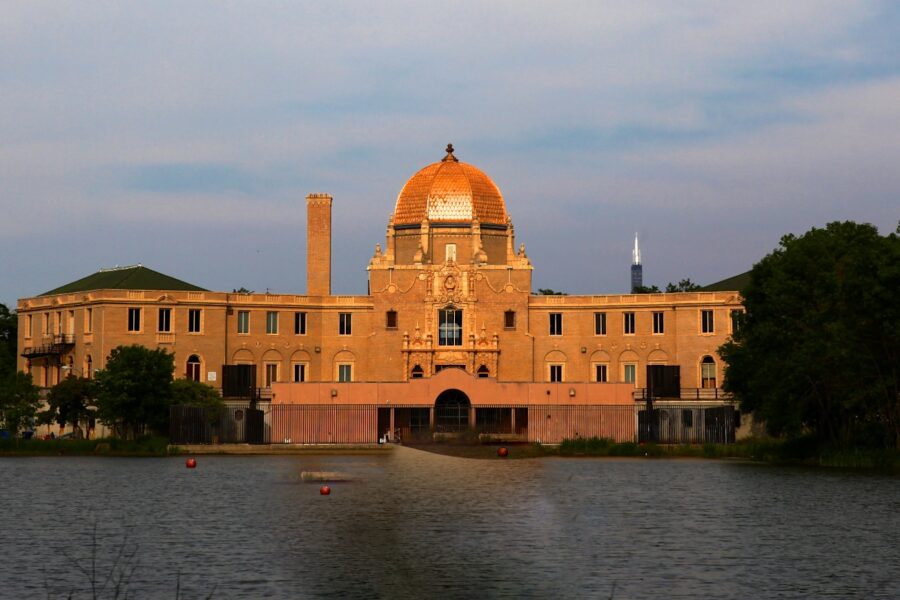 Although the fieldhouse dates to 1928, Garfield Park was developed much earlier, from 1869-1874, and is the oldest of the original Chicago West Side parks. Situated on 185 acres, it sits at the center of the park and marks the division between East and West Garfield Park. 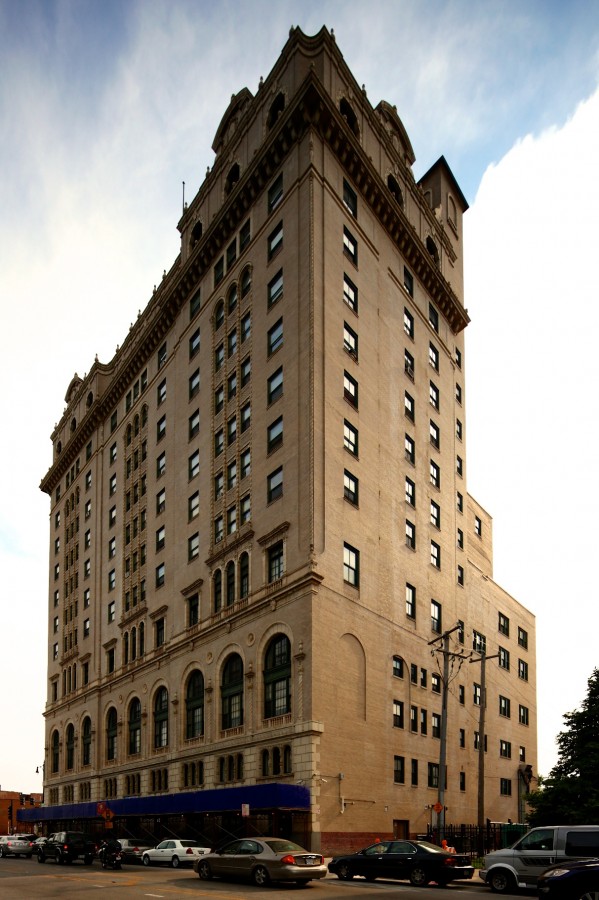 Just outside the park on Hamlin Avenue is the Midwest Athletic club, also designed by architects Michaelsen and Rognstad. It is now the Midwest Apartments and features similar characteristics of the fieldhouse including twisted columns and sculpted figures.

The main figure in the image above is 17th century French explorer René-Robert Cavelier, Sieur de La Salle. He traveled across the Great Lakes region and claimed the Mississippi River basin for France.

LaSalle Street is named for him. 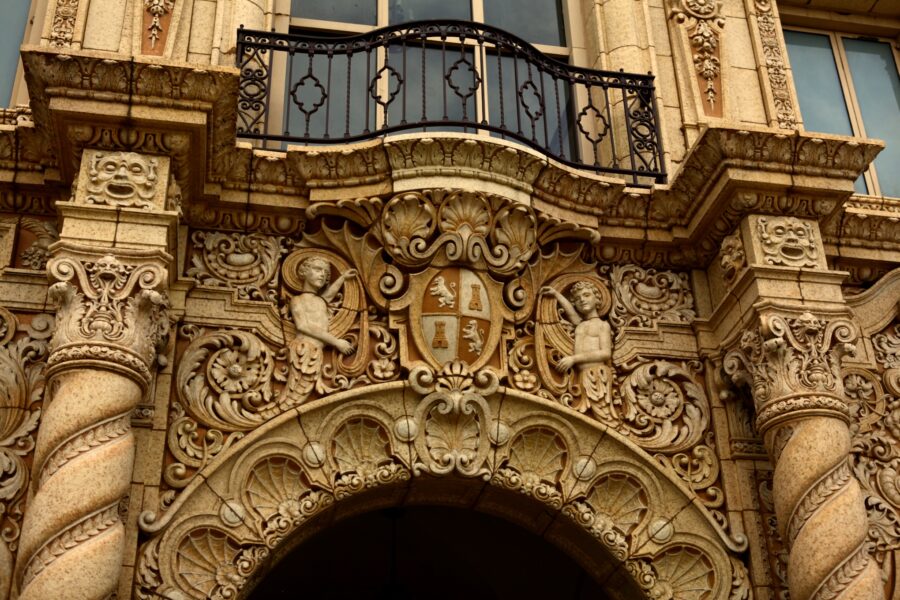 Shells and sea themes are common themes in Spanish Baroque architecture, and are symbols of St. James, the patron saint of Spain. 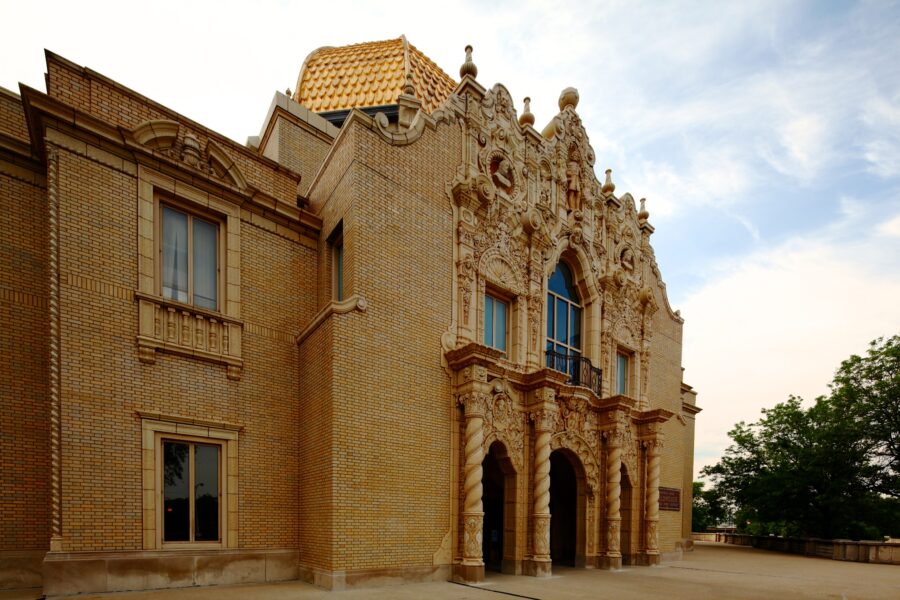 It was initially built as the West Park Administration building, but was designated a field house only a few years after construction in 1934. 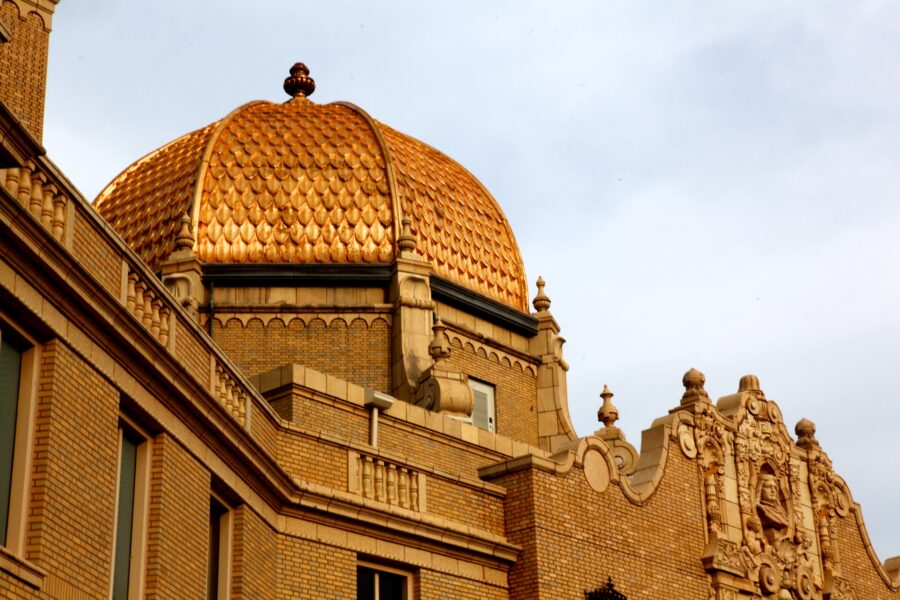 As beautiful and detailed as the exterior is, the building’s interior is almost equally so. We’ll visit it in a future post.