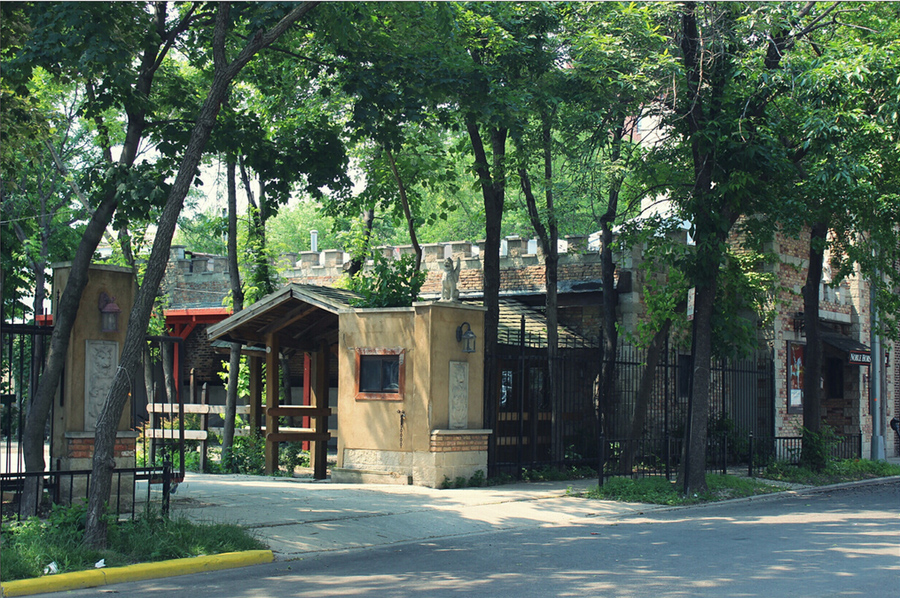 The Noble Horse, located at 1410 N. Orleans in Chicago’s Old Town neighborhood, is one of our city’s most unique historic venues. Noble Horse is currently Chicago’s last remaining Riding Hall, and also serves as headquarters for one of the city’s most popular carriage rides services. 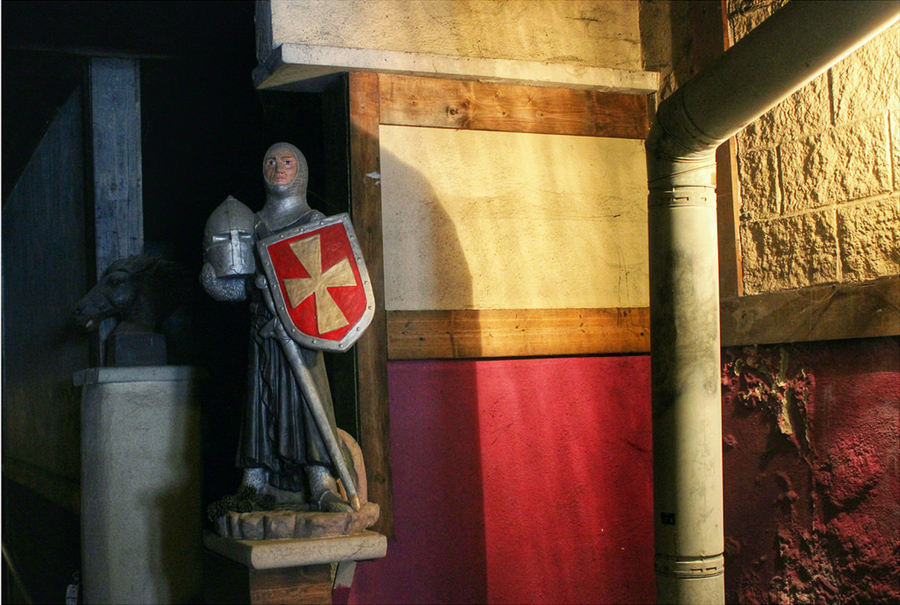 It was built in 1871 as a livery hall and riding stable, and in its early days the facility stabled as many as 60 horses. In 1922, the building that currently houses the theater space was transformed into an elegant riding academy. It operated as Lakeshore Stables through 1972, and offered horse boarding, performances, and trail rides through Lincoln Park.

From 1972 until the early 1980s, the site was abandoned and the building began to suffer from neglect. The riding academy had a bit of a renaissance during 1980s and 1990s, but by 1998 it had fallen into critical disrepair and was in danger of being demolished. 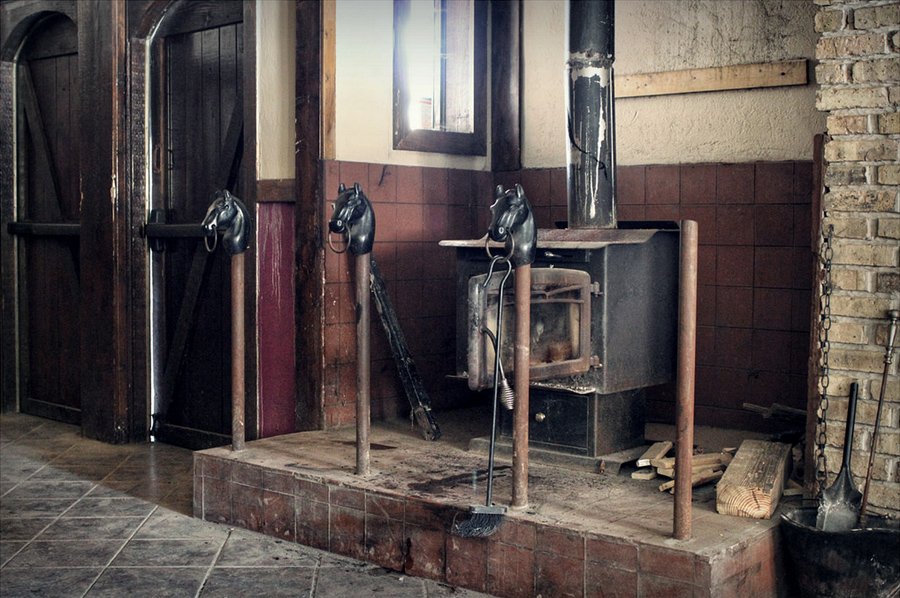 Lobby area, which was a blacksmith shop in the early days of the facility. Stephanie Barto/Chicago Patterns

Fate smiled upon the facility in 2000 when Dan Sampson, a man who has spent most of his life working with horses and the equestrian arts, saw potential in the historic venue. With the help of Friends of the Stables and a grant from the City of Chicago, Dan’s vision for Noble Horse came to life. The site underwent a massive restoration, and the Riding Hall was transformed into a climate controlled performance space with a seating capacity of 300 people. The venue began offering shows and riding lessons, and the rejuvenated stables housed Dan’s thriving carriage ride business.

During the Daley administration, the Noble Horse thrived and gathered a great deal of positive recognition for the unique entertainment it provided; however, the tides have turned in more recent years. Sadly, the facility has been antagonized by the City. 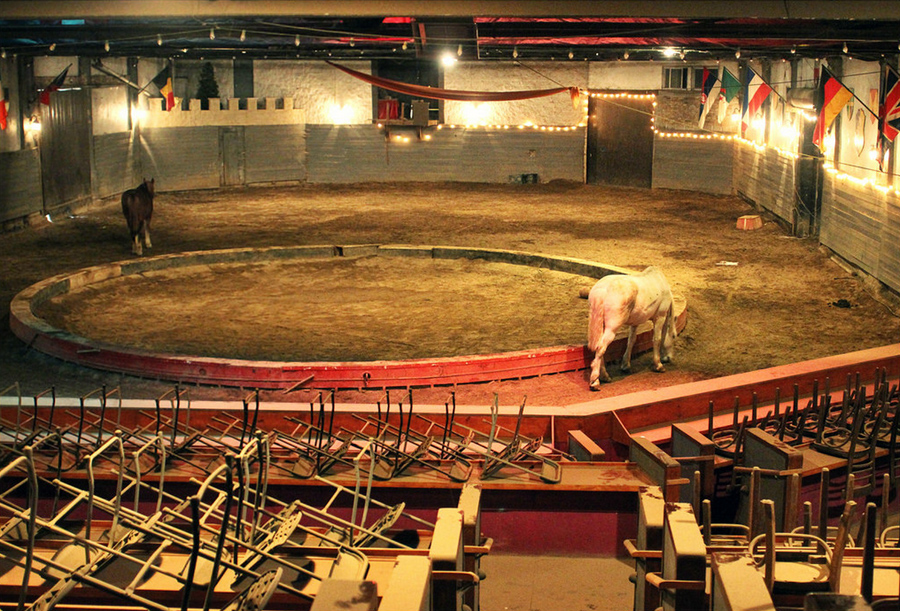 On the day I visited, I got a look at the theater space. It was dusty and dimly lit, but it was easy to image what an enchanting atmosphere it became when shows, riding lessons, or rehearsals were underway. The seats, decorations, and stage lighting were still in place; however, the space was currently only being used to temporarily house a pair of beautiful (and very friendly!) horses. 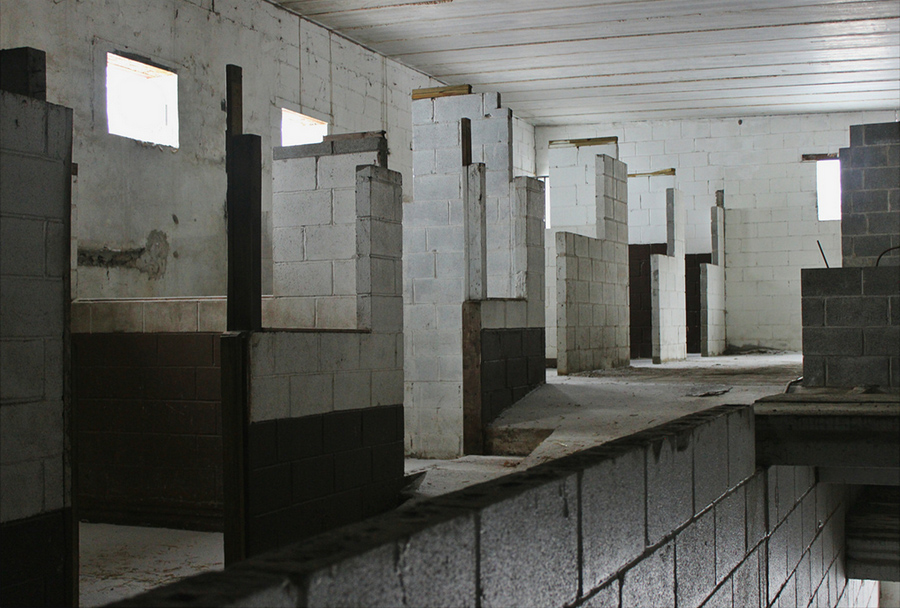 View inside Noble Horse Stables. No horses in the stalls, apparently they were taken somewhere warm. Stephanie Barto/Chicago Patterns

The two horses meandering about in the theater space were the only ones on the property the day I visited, and this was due to the brutally cold weather. During extreme weather, the carriage horses do not work. When they are not working, horses are moved to their residence at Illinois Horse Park, an 80-acre historic horse farm located in LaSalle County. 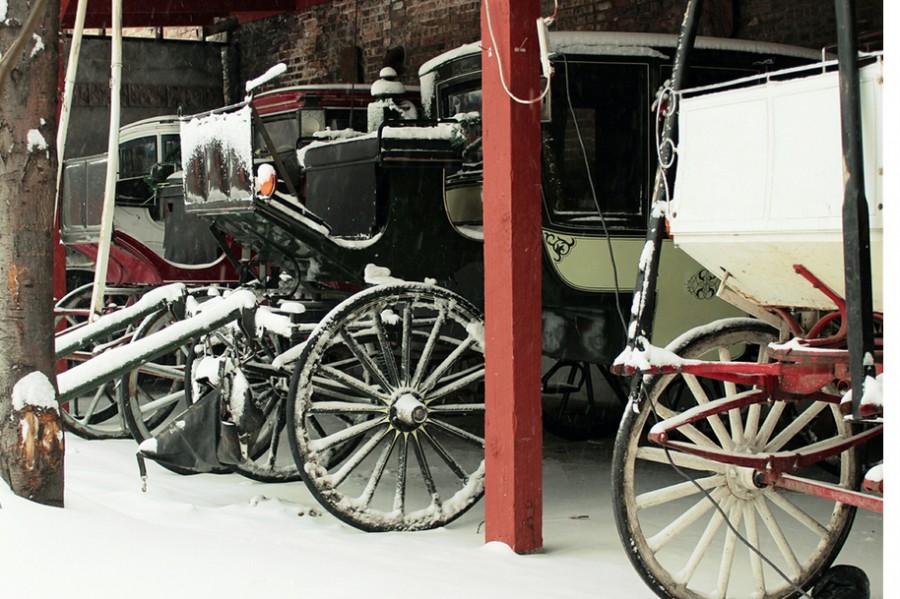 While visiting, it was a real treat to get a closer look at the beautiful carriages stored at the Noble Horse. Some are actual antiques, but most are antique reproductions that were purchased from Amish artisans.

In a recent Chicago Tribune article, Alderman Ed Burke is quoted as saying:

Carriage rides have outlived their usefulness in Chicago in 2014. I would argue it is an unsafe and obsolete tradition that our city should simply ban.

I would wholeheartedly disagree. 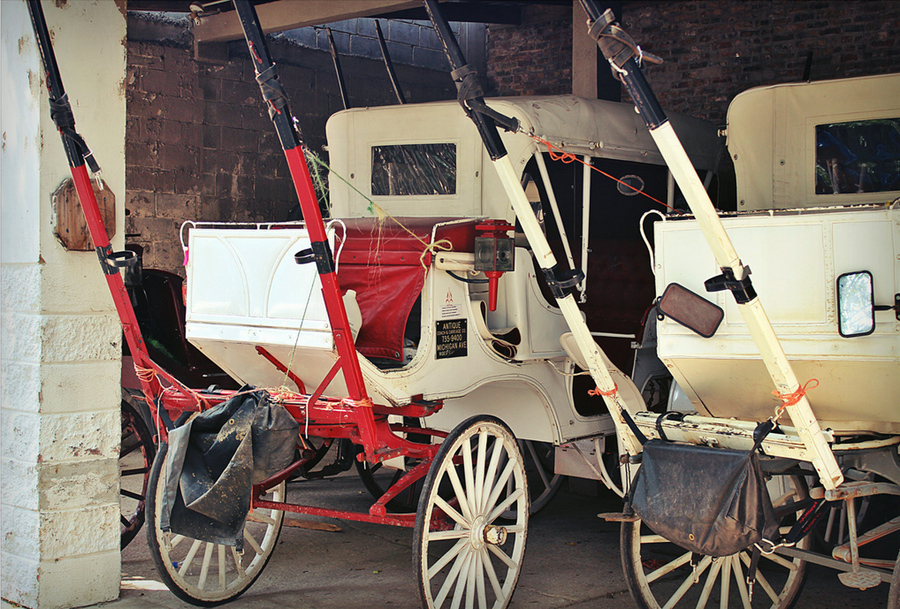 The carriage rides service at Noble Horse holds an impressive track record for safety. In over two decades of operation, none of this stable’s horses has been injured in a traffic accident or fallen ill on the streets of Chicago. Much attention is given to keeping them healthy and well rested. Draft horses work in the city providing carriage rides for part of the week, and then are rotated back to Illinois Horse Park for a period of leisure. 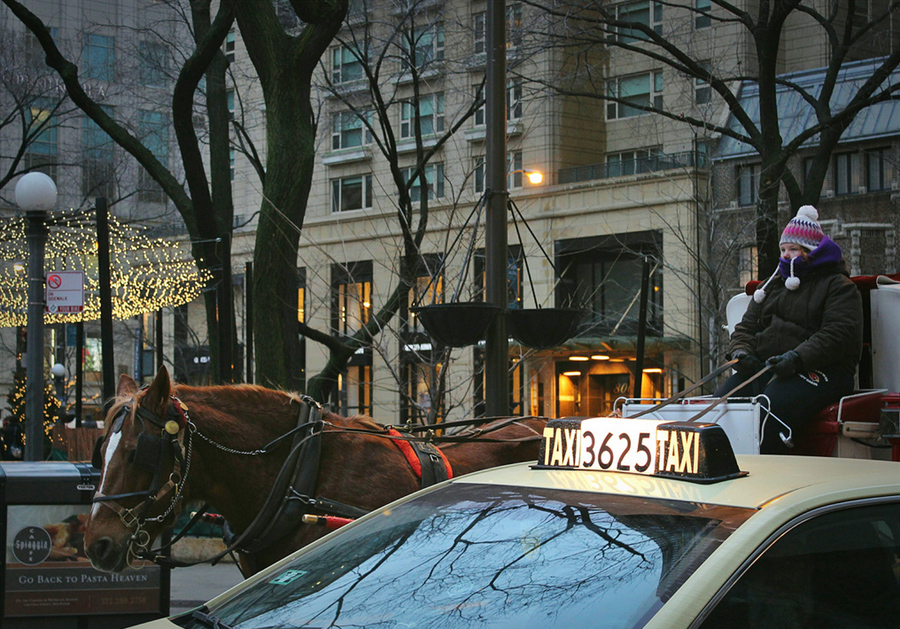 In recent years, radical animal rights activists have launched high profile and vicious attacks upon the horse-drawn carriage industry. These activists believe that pulling carriages on urban streets is an  abusive exploitation of horses, and should be outlawed. In truth, there is very little evidence to support their conjecture. 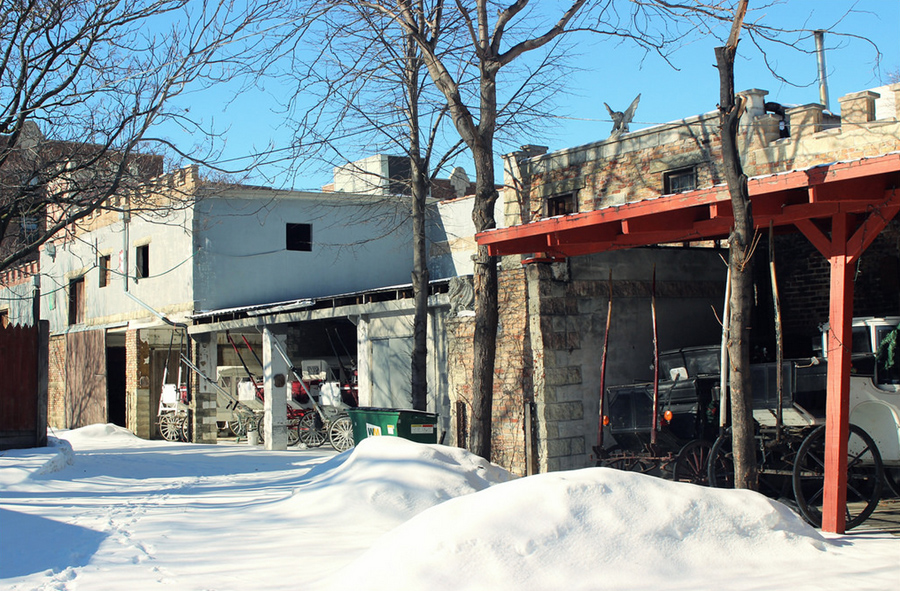 In the book, The Faraway Horses: The Adventures and Wisdom of One of America’s Most Renowned Horsemen, famed equine expert Buck Brannaman addressed the subject of carriage horses:

Pulling carriages on rubber-rimmed wheels on paved streets is a low-stress job, and the horses are calm and relaxed, not anxiously laying their ears back or wringing their tails. Plus, these horses get lots of attention and affection from passerby. And horses love attention and affection as much as we do. The horses that people should be concerned about are the neglected ones that, after the ‘newness’ of ownership wears off, live in box stalls all day. These horses have no purpose, no jobs to do. All they do is eat and make manure. 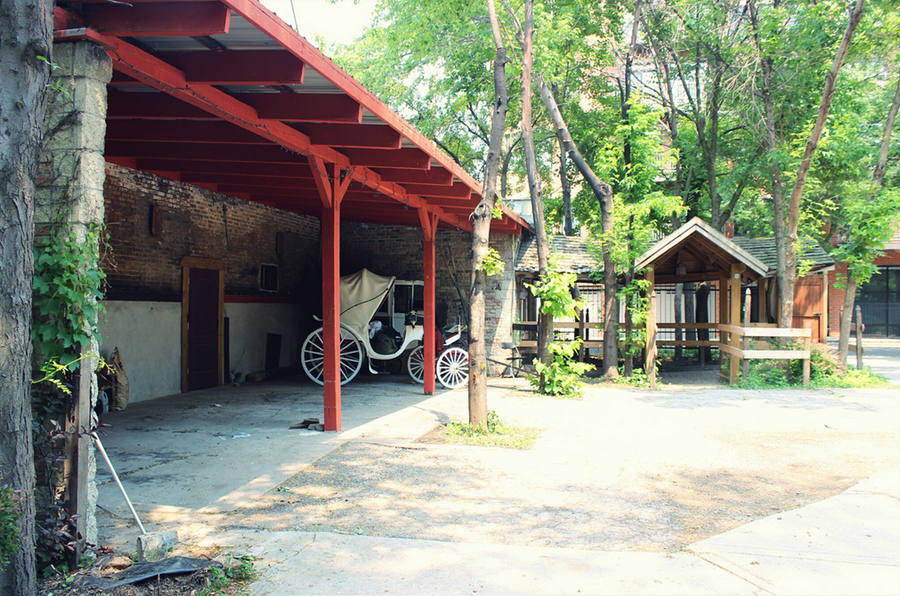 One would think that the city’s last remaining Riding Hall–believed to be the oldest operating Riding Hall in North America–would be an easy candidate for landmark status.

This has not been the case, however. It appears that Noble Horse shows for 2014 have been relocated to Illinois Horse Park, and the future is uncertain for the delightful venue so lovingly restored to its 1920s grandeur by Dan Sampson and Friends of the Stables.

4 responses to “The Noble Horse Theatre and Stables”