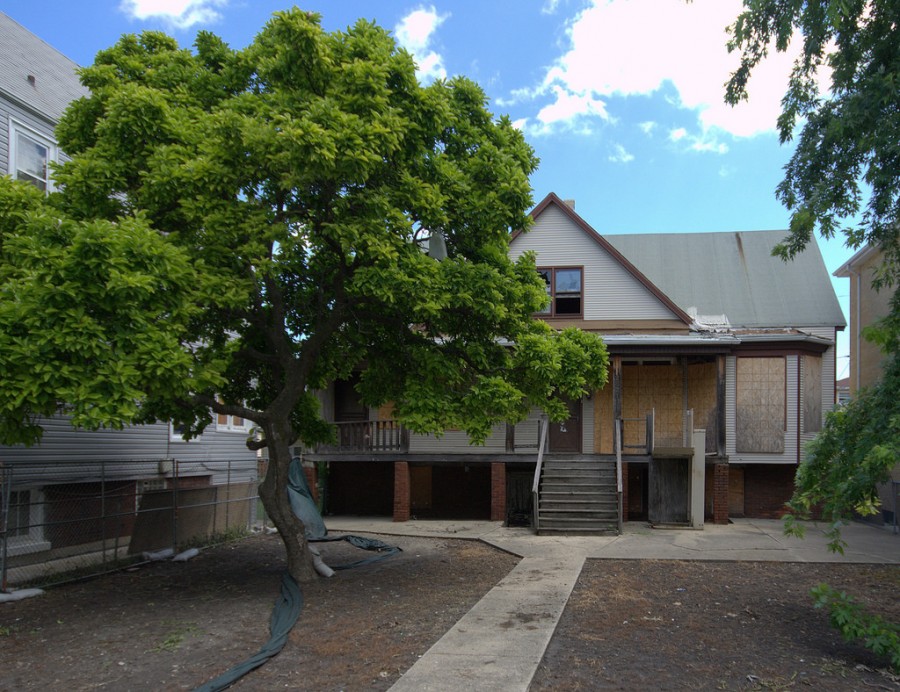 A review of the appearance of the building and its situation and surrounding site seems to suggest a pre-1900 existence: the double-sized, wide lot with an especially large front yard alludes to a possible original purpose as as family’s farmhouse when this area was mostly undeveloped farmland on the outskirts of early Logan Square.

The construction style of the building also appears in line with examples of 1860s-1880s modest “Carpenter’s Gothic” rural housing: simple construction with a steeply-pitched roof line and broad gables spanning the front and both sides of the house. 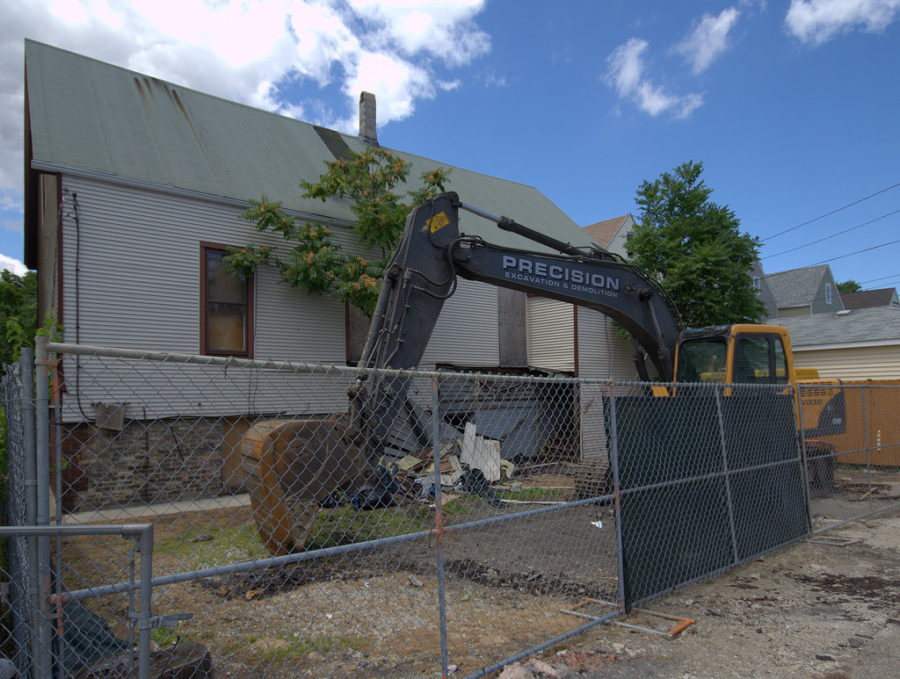 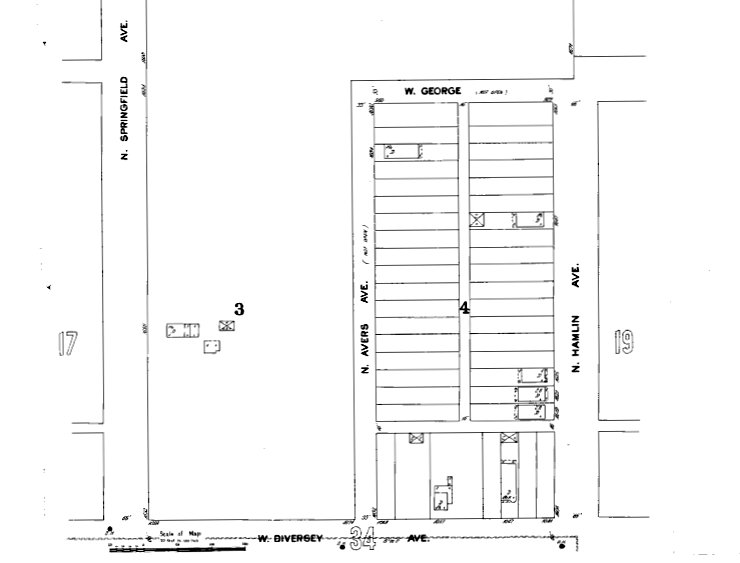 From searching the City of Chicago’s Historic Resources Survey online database, you find an entry for the 2821 North Avers Avenue structure (addressed as “2821-2823”), with a built date in the 1880s. Within the Historic Resources Survey, color coding was used to assign structures “historic significance” or importance: “orange” (the second-highest coding) signifies a structure that “possesses potentially significant architectural or historical features.” The print version of the survey however, as seen below, indicates a date of 1906. 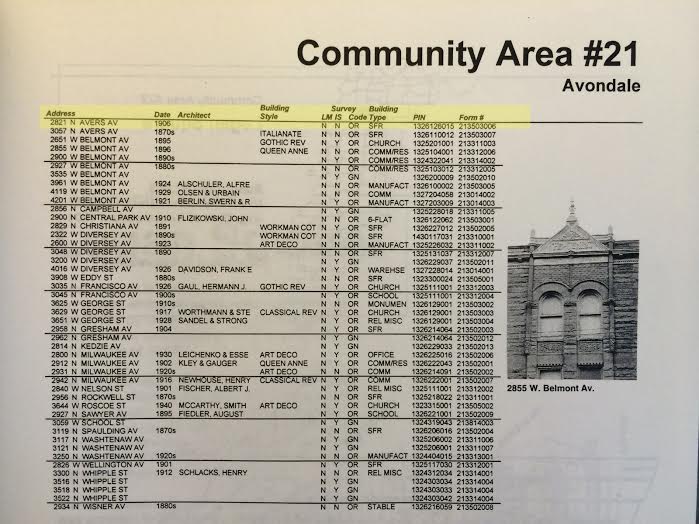 Other records like real estate listings indicate this property had been in a state of foreclosure and on the market for some time. After finally being purchased by a brokerage company (Chexapad, LLC), there was a request through city zoning records for an addition to be built on the rear in 2011, but this never took place, and the property has languished since. 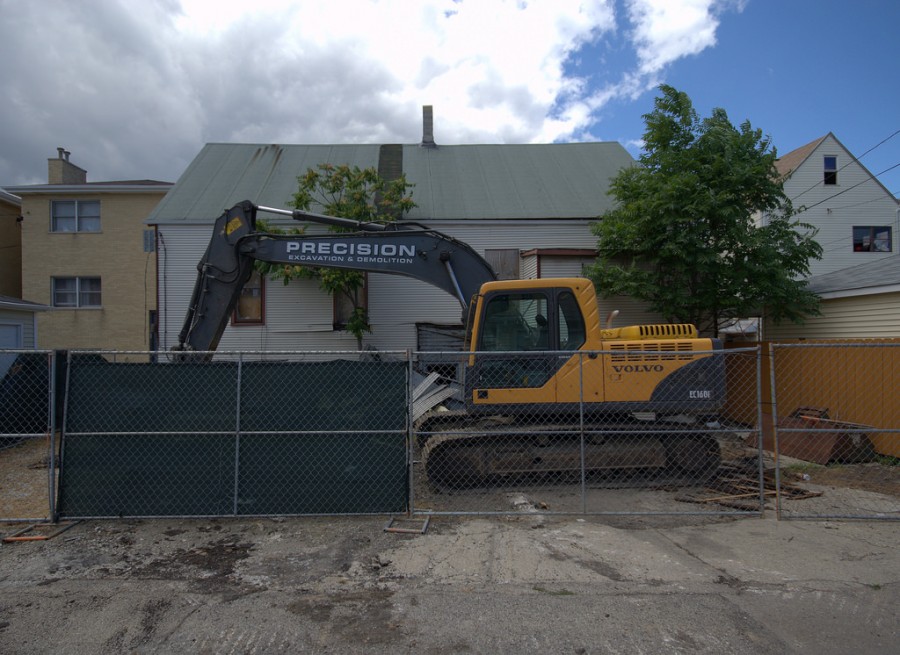 As these photographs illustrate, demolition equipment is in place, and the days for this “significant” artifact of early Logan Square history are numbered–for it to be lost like so many others recently.