Last month we looked at the history of Italianate cottages and flats in the near West/Northwest Side neighborhoods, and how they are getting torn down to make way for larger residences. While that story is relatively new for those neighborhoods, it’s almost a tradition in near North Side areas like Lincoln Park.

Perhaps the saddest case on this list is 2145 N Fremont. It’s a three-unit building near Oz Park filled with architectural treasures of the Victorian era, including decorative woodwork and abundant stained glass.

While many listings of area houses on MLS encourage a building’s teardown potential with phrases like “the value is in the land” or “build your custom dream home,” this one didn’t:

It sold in January of this year for $1.9 million. The buyers of the 4-unit property (including coach house), Jon and Schuyler Levin, live next door at 2141 N Fremont. There is a demolition permit outstanding, but not a new construction permit.

A worst case scenario would be demolition in order to give the Levins an alley-facing corner side yard.

The building’s Orange rating on the History Resources Survey ensured it would require a delay and review process prior to demolition. The three-flat was released from the Demo Delay list back in June, though curiously the demolition permit has not yet been granted. Whatever the Levins decide to do with 2145 N Fremont, there is little the city can do to prevent demolition.

The more familiar refrain of real estate agents eager to make a quick sale at the expense of historic architecture is in full view of the two-flat on 2219 N Dayton:

Fantastic opportunity to buy a 32′ wide lot on one of Lincoln Park’s most desirable blocks! This is tear down opportunity or work with the existing shell for a gut renovation.

Before the demo permit was granted, the green walls of architectural loss were up with a no parking notice indicating the specific date range the two-flat will be lost.

Intricate stonework and woodwork harken back to era of quality construction and care in details. Both will be lost forever when new construction replaces nearly 130 years of history on Dayton Street.

Reminiscent of the homes in Old Town built in the aftermath of the Great Fire, 1930 N Sedgwick is of the same era and design. It was built around 1876.

This two-unit building has served as a rental property for years, and went on the market with a description that all but said “the value is in the land.”

FANTASTIC LINCOLN PARK DEVELOPMENT OPPORTUNITY: Lot is 24′ wide and owners have received an Administrative Adjustment to construct a new Single Family Residence that is 21′ Wide by 75′ Long which includes an elevator and a building roof deck. The Administrative Adjustment also allows the developer to retain the existing enclosed walkway connecting the 2 car garage to the new approximately 6,500 square foot house as well as to keep the upper passageway allowing direct access from the house to the garage roof deck. These are mandated elements that are very difficult to achieve on a Lincoln Park Lot!! Plans and permits have been applied for with city by the seller.

A pending new construction permit for a three-flat indicates a slight increase in dwelling units after the existing 140-year old two-flat gets demolished.

While 2145 N Fremont represents a terrible loss in terms of architectural detail and design, 2136 N Dayton is a larger loss in the literal sense. The MLS description made no bones about the expectation of this six-unit historic structure, though it at least suggests rehabbing the 5,000K+ square feet home:

Not many double lots left! Here is an amazing opportunity to customize your dream home on a 50 x 125 lot steps from the heart of Lincoln Park. Known for meticulous attention to detail, timeless finishes and master craftsmanship, Foster Design Build offers 6,500 square feet awaiting your every wish. Or consider renovating this beautiful the existing structure into a 5800 sqft home. Steps from Armitage. Park up to 6 cars and still have a huge yard.

The 2100 block of N Dayton is pockmarked with buildings demonstrating mass and size rather than thoughtful design, and what comes in place of 2136 will likely be the largest example.

2 responses to “The Value is in the Land: Lincoln Park Italianate Edition” 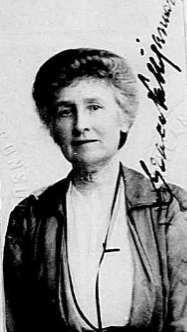 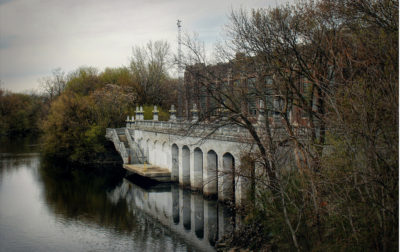