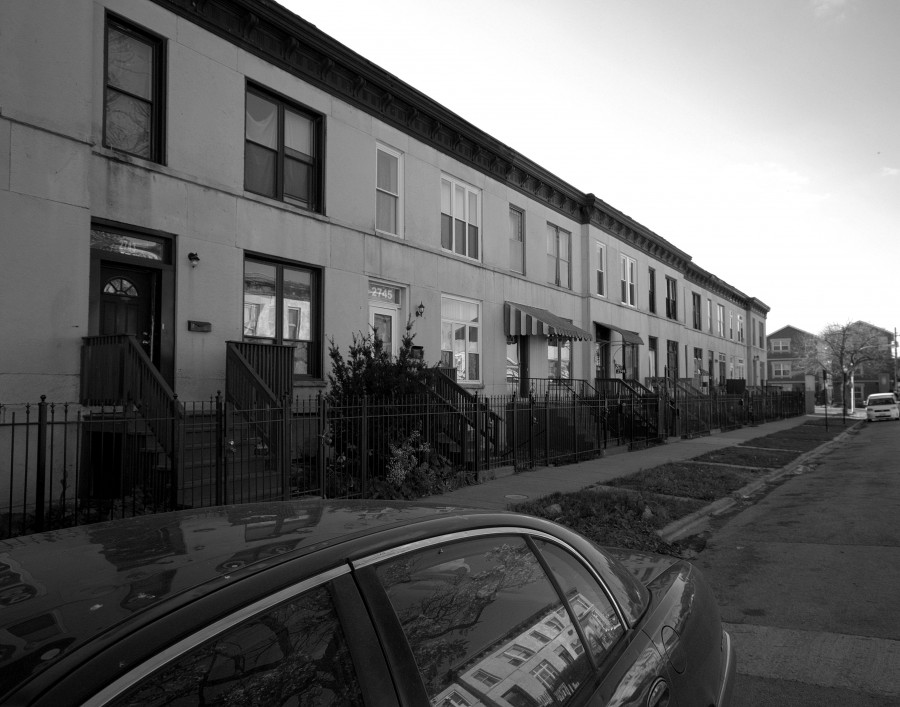 In the northeast corner of the East Garfield Park community area, an array of picturesque, nearly-continuous Queen Anne-style rowhomes (and a couple of workers’ cottages) line the 2600 – 2800 blocks of West Maypole Avenue. 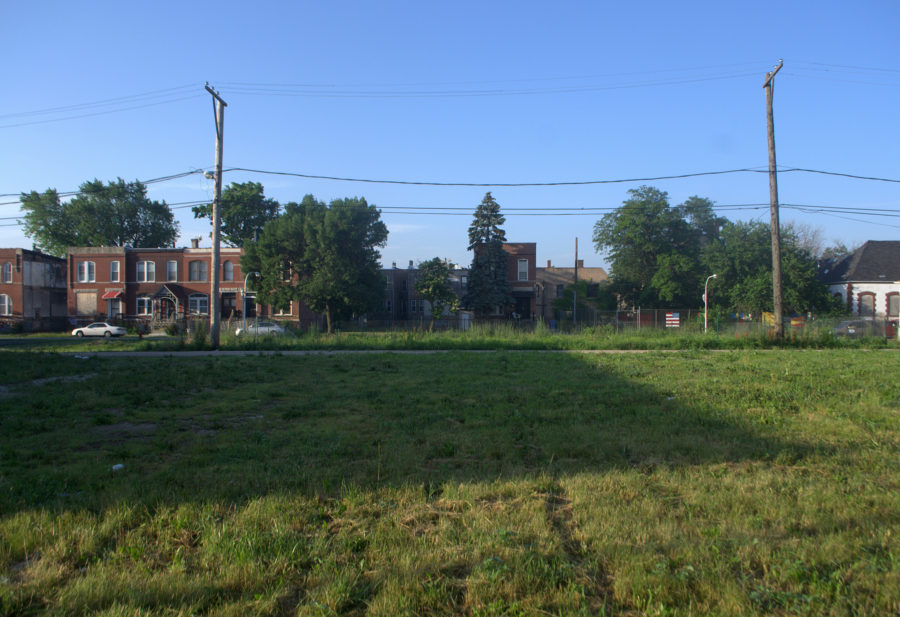 Before the reorganization and renumbering of Chicago’s streets occurred in 1909, this street was known as “Park Avenue,” alluding to refinement and elegance reminiscent of the New York City thoroughfare, much like the nearby “Fifth Avenue” diagonal on the West Side.

When the Lake Street Elevated Railroad first opened for service in 1893, the nearby California station was the original terminal, serving area residents moving deeper into the city. Additional stations in East Garfield Park, like Sacramento, Kedzie, and Homan, were constructed further west in the coming years–evidence of the former residential density of this neighborhood. 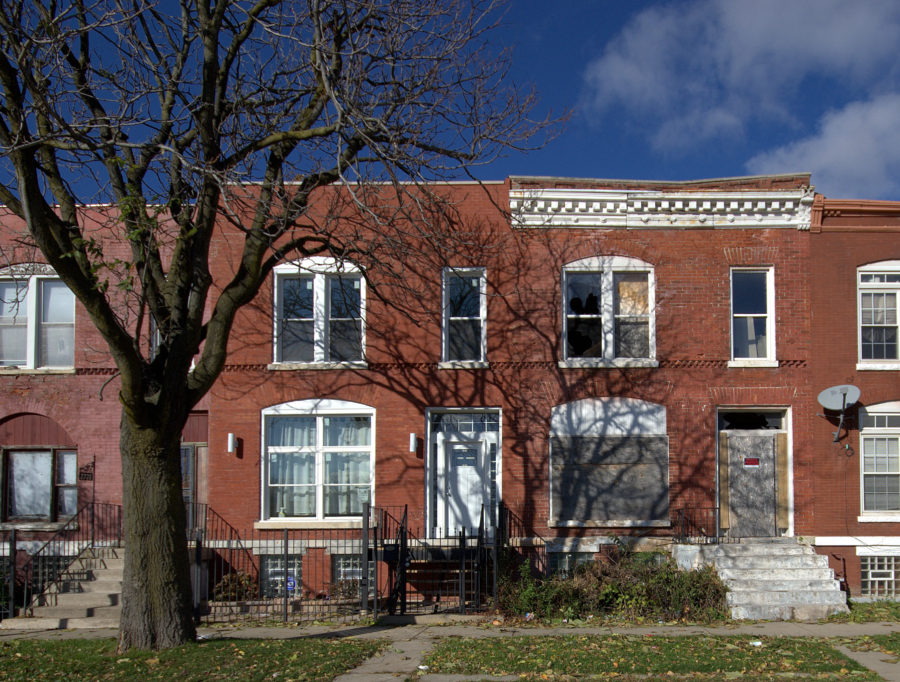 Some are separated by vacant lots due to demolition, others in a state of neglect and awaiting attention, but many stand in excellent condition with intact historic architecture details and a thoughtful, cohesive aesthetic.

Artistic elements like pressed and patterned brickwork, elegant and decorative cornices with carved wooden brackets, and even original stained glass pieces in the front windows showcase the history and beauty of this West Side block. 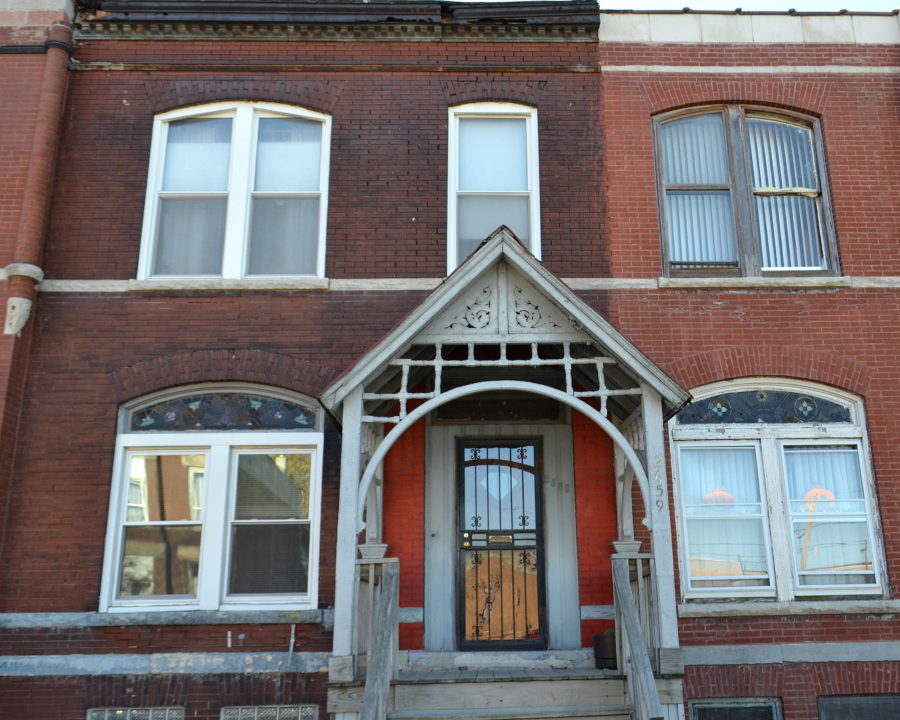 A select few of the brick rowhouses feature an intricate wooden porch that beautifully encloses the front entrance. Delicate, floral and geometric patterns are used in the detailed woodwork, invoking a strong sense of Eastlake and Queen Anne styles. 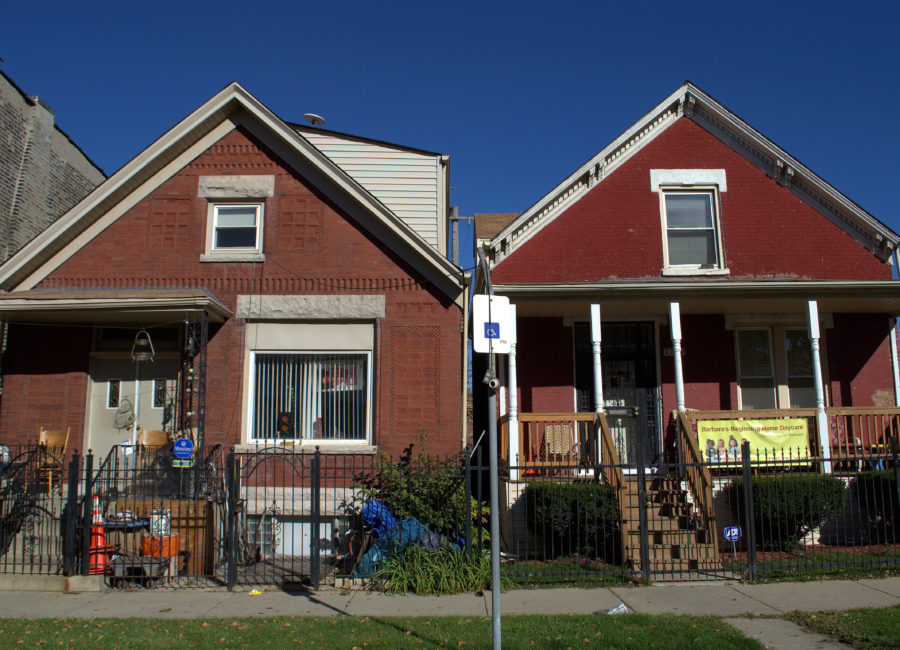 A couple decades ago, during the efforts of the Chicago Landmarks Historic Resources Survey published in 1995, a proposal surfaced to establish a new historic landmark district in East Garfield Park, centered around California Avenue and bounded by Washington and Warren Boulevards to the north and south. 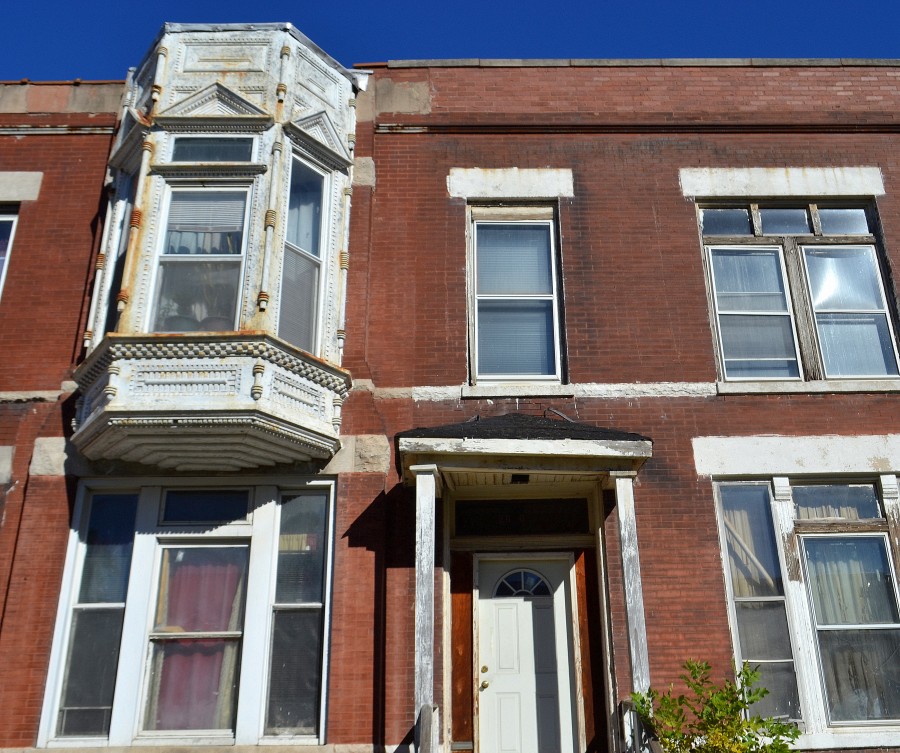 These blocks have a high concentration of original residential structures dating from the 1870s-1890s, many rowhouses in interesting variations of brick and greystone materials. 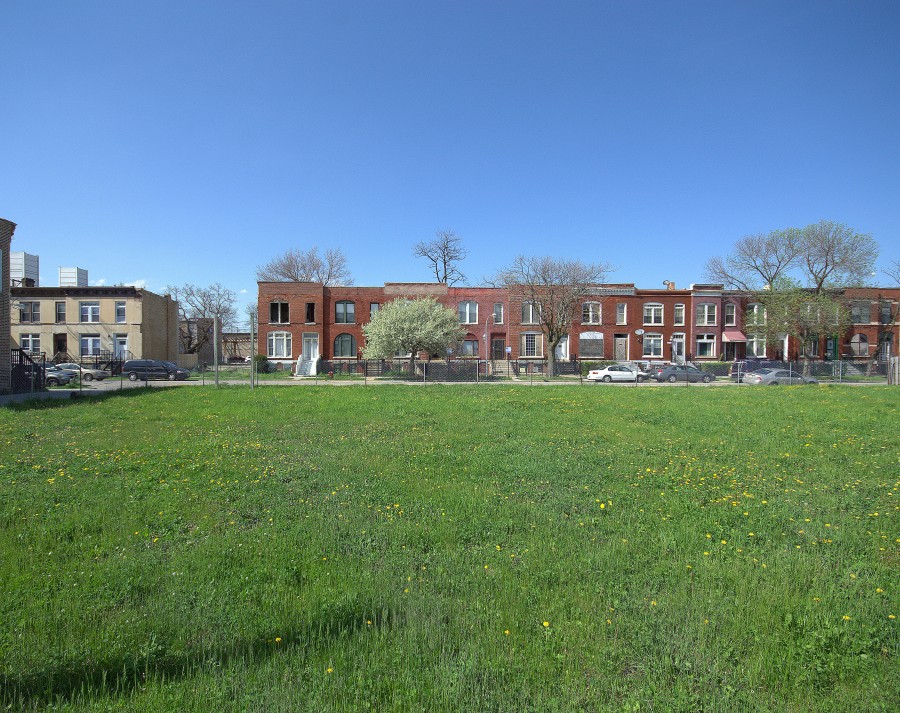 The 2600-2800 blocks of West Maypole Avenue would certainly be a valuable contribution to this proposed historic district. Their excellent preservation and unique style add yet another block with cultural and architectural significance to the precious and historic East Garfield Park landscape. 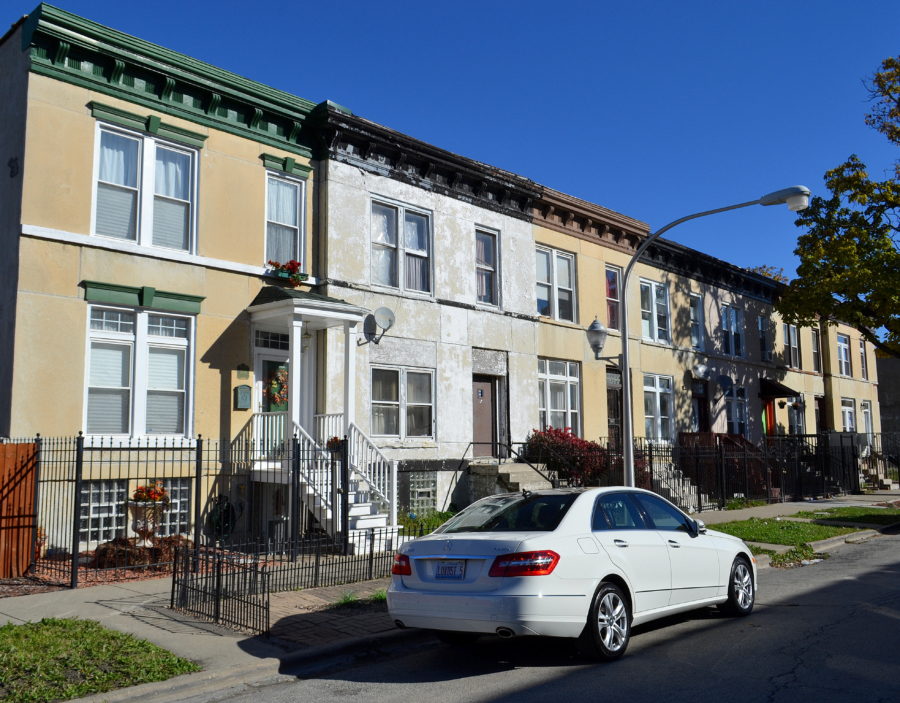