The corner of Damen and Division is always buzzing with pedestrians, cyclists, and drivers. I set up a camera on a particularly colorful evening recently and recorded the transition from day into night, compressing it to about 60 seconds. 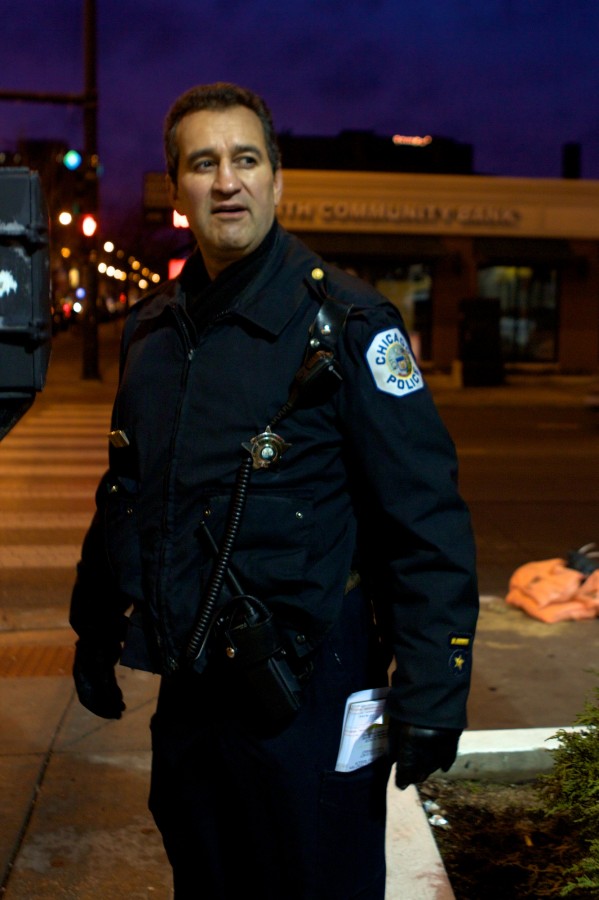 The brief appearance at the beginning of the video was Officer Miguel Flores, a CPD veteran of 27 years, including 10 years on the beat along Division in the Ukrainian Village and Wicker Park neighborhoods. He was featured in the Chicago Reader in 1996 when he was stationed at East Garfield Park. 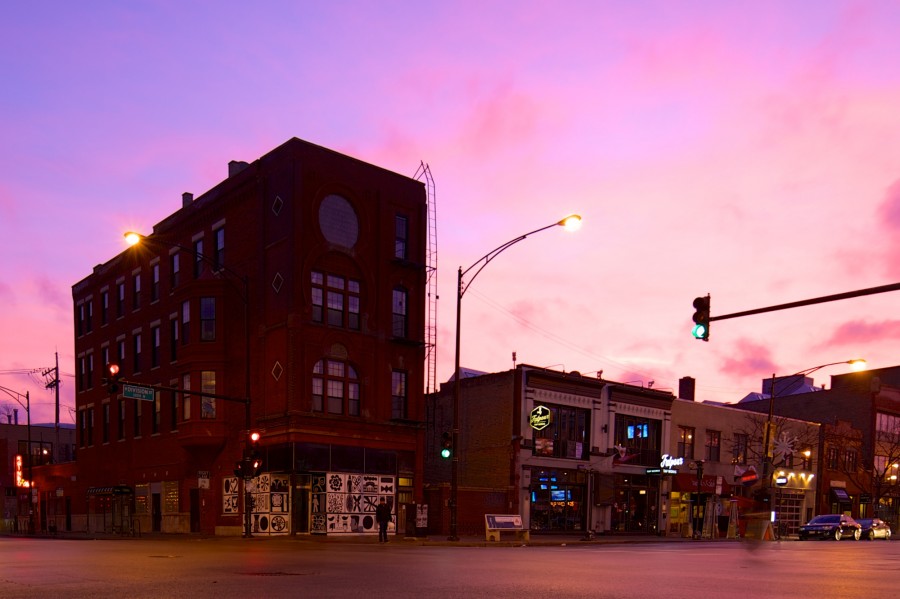 One of the most distinguishing features of this building at 2001 W. Division are the keyhole arch windows. The other is the black-and-white mural on the lower level facade, created in 2011 by artist Bernard Williams.

On the other side of this building is a ghost sign for Van Houten’s Cocoa, as detailed on the site Look Back Chicago by Neil Arsenty. 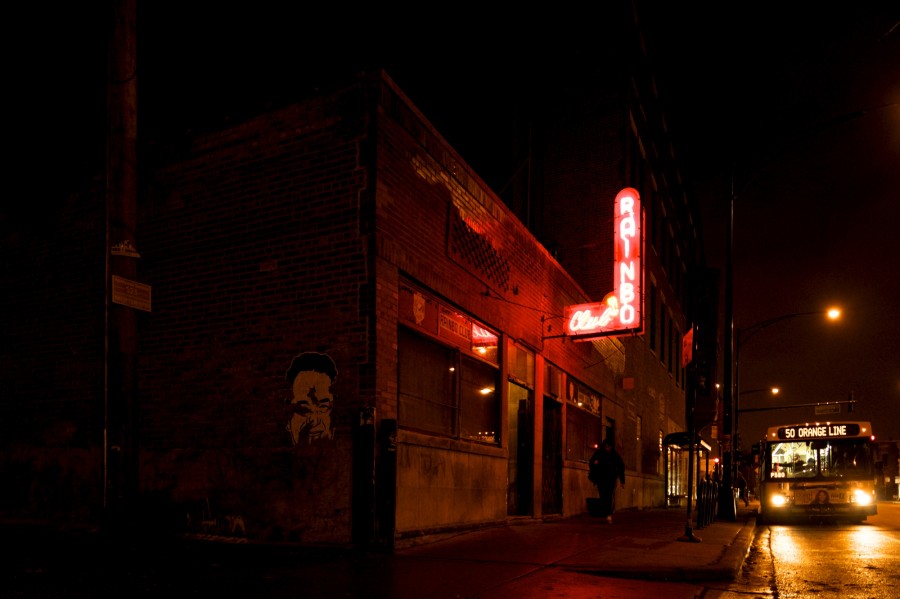 Attached to the rear of the building is the Rainbo Club, a dive bar with a great neon sign.

This is the first in our new series featuring short videos capturing the day into night transitions around the city. The song featured in this video is Kong by Bonobo.