About a month ago, heavy equipment and salvage workers were making quick work of what remained of a large factory complex in Brighton Park.

Not long after finding the Kenwood Manufacturing District sign, the sights and sounds of destruction got my attention. I saw men standing the rubble breaking apart the debris and leftover sections of the massive brick structure in the midst of being destroyed. They were bundling the bricks into palettes for salvage.

Thanks to a recent tip from photographer Katherine of Chicago, I learned that this was most recently an R/C Cola bottling plant. R/C went bankrupt and dissolved in January of 2012. The almost 9 acre, 300k square feet complex was on the market not long after (link [PDF]).

The R/C Cola bottling plant’s official address was 2801 W. 47th Street, but another company, Gerrard Steel Strapping Company (later Acme Packaging), operated here in the late 1940s and 1950s. Gerrard Steel Strapping was the subject of Harry Truman’s executive orders of nationalizing steel companies. Neither company was founded in 1917, so this sign is a mystery to me. 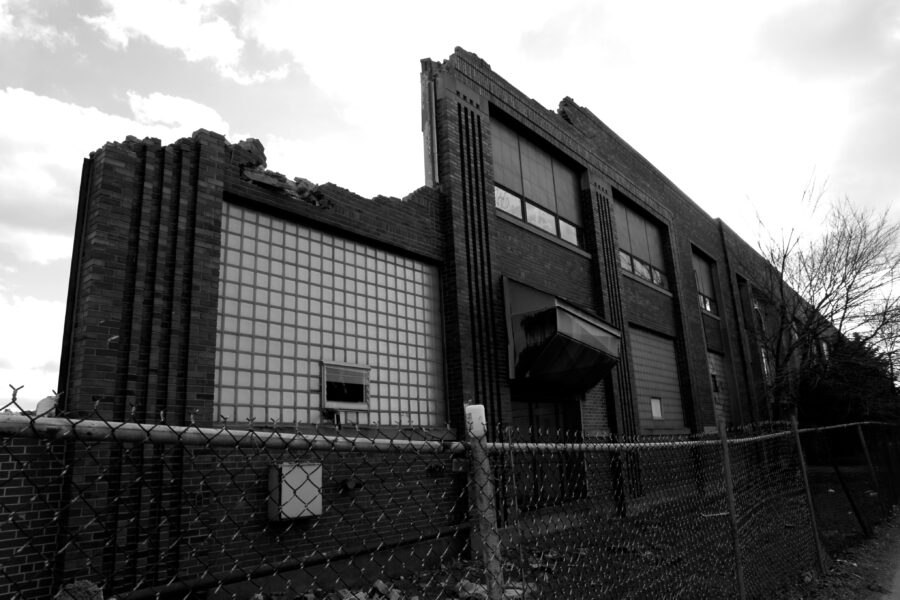 Although the large complex was reduced to rubble, many of the bricks were reclaimed for use elsewhere. I watched men breaking up large chunks of masonry and bricks, and neatly stacking the pulverized remnants into palettes.

What company that once occupied the building was founded in 1917? I’d love to hear from you if you know more about the building or the companies that operated here.