Take a virtual ride on the Lake branch of the CTA Green Line from Clinton to Harlem. 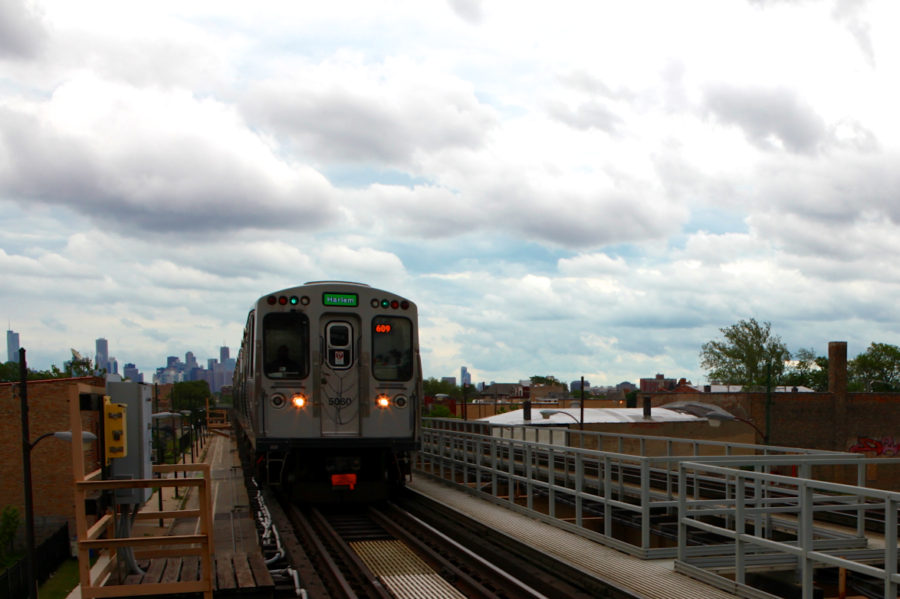 By traveling west, you get a mostly constant view of the diminishing skyline. The ride from downtown to Harlem station in Oak Park is about 20 minutes long. 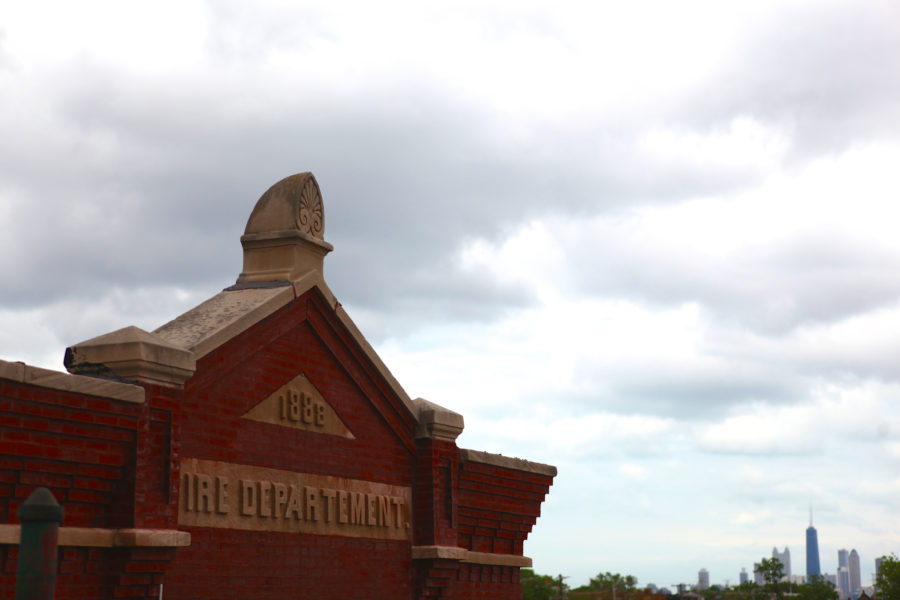 Stop by the Kedzie Station along the way to see a former fire house. It’s an interesting West Side landmark, partly due to the spelling viewable almost at eye level – notice “departement.” Earlier this year, Geoffrey Baer explained how this misspelled sign came into existence.

As Graham Garfield at chicago-l.org points out, the Green Line is the oldest line in the city:

The Green Line is interesting in that, since the 1993 realignment, it consists of the city’s two oldest lines: the Lake Street and South Side lines. The South Side main line represents the oldest section of the “L” in the city, with the original portion between Congress Street and Pershing (39th Street) completed in 1892. The next year, the line was extended to serve the Colombian Exposition of 1893. […]

The Lake Street “L” opened in 1893, not long after the initial section of the South Side Elevated. The line originally went from 52nd Avenue (later called Laramie Avenue) on the city’s western city limits to Market & Madison on the edge of the central business district. 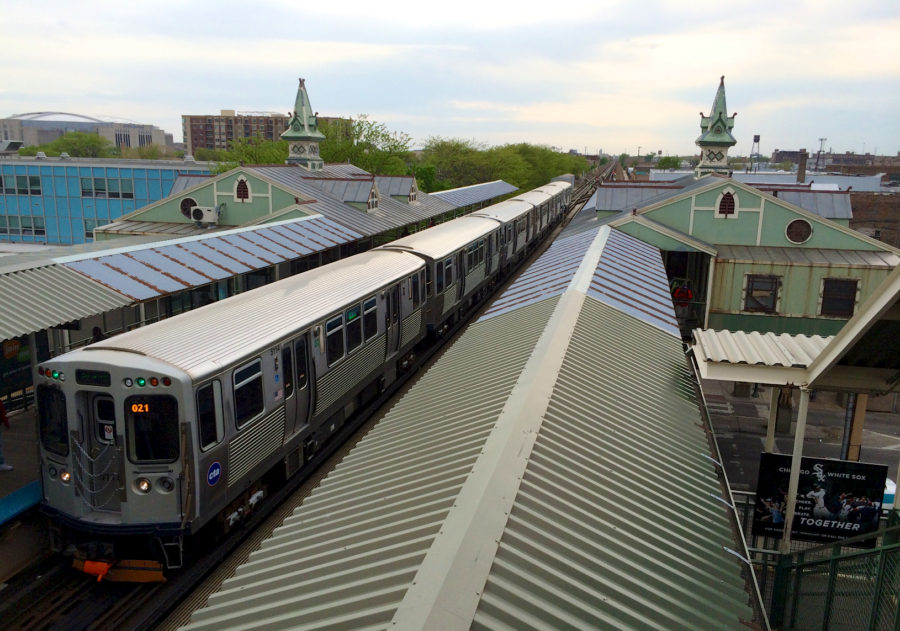 One of my favorite features of the Green Line is the beautiful Victorian-era stations along the route, though only a few remain. Above is Ashland, which is a hybrid of Queen Anne and Gothic styles. 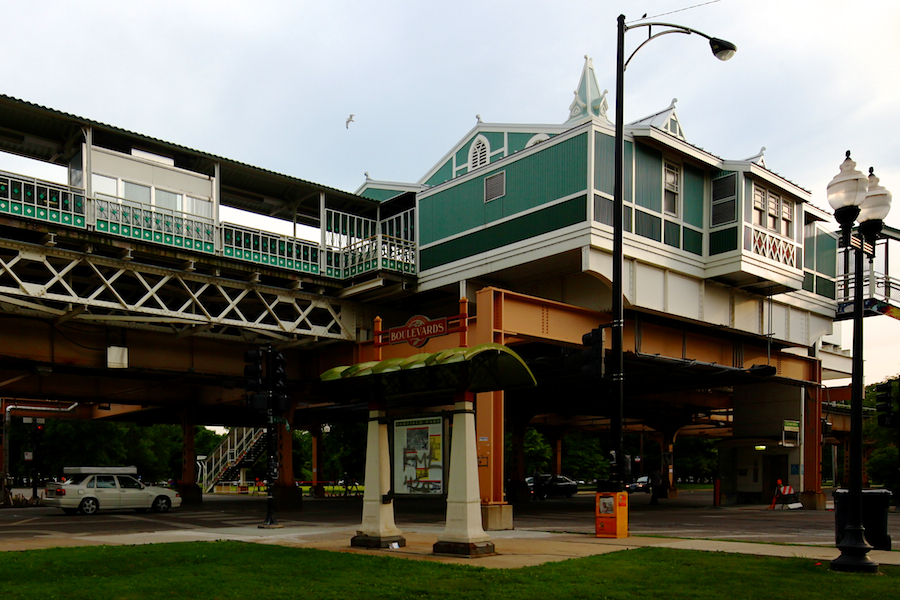 Ashland has an identical twin further down the line at Conservatory-Central Park Drive. This stop serves the conservatory and field house in Garfield Park.

This line has a longstanding cultural and historical significance to the city. We’ll continue to explore it through a continuation of our Get to Know an “L” Station series.

soundtrack for video by Group Rhoda

One response to “Get to Know an ‘L’ Line: Green Line, Lake Branch”

Leave a Reply to RE Cancel reply