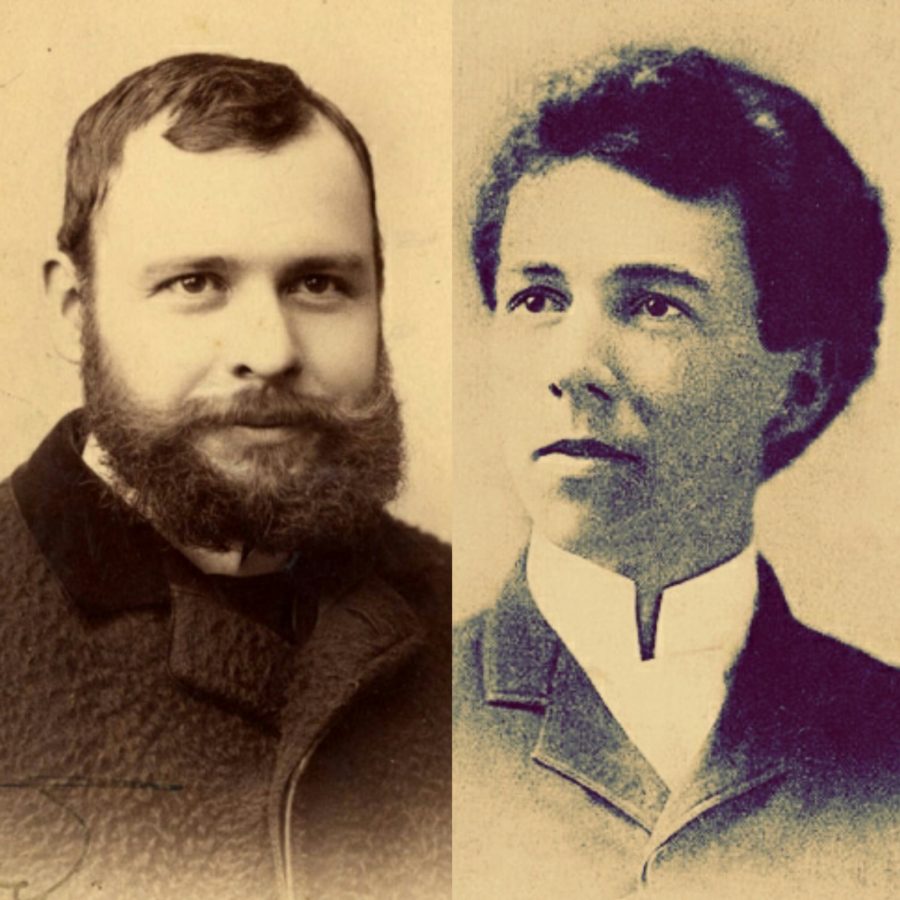 Louis Sullivan in 1890, the year before he designed the Charnley House, and Frank Lloyd Wright in 1887, shortly after he arrived in Chicago. Wright worked for Adler & Sullivan between 1888-1893. [Ryerson and Burnham Libraries/“Frank Lloyd Wright: A Biography” by Meryle Secrest]

Learn about Sullivan and Wright’s early development as architects in the 1880s and 90s, including their use of the equisse/initial sketch in the design for both the Charnley House and Fallingwater. Also, what role did architect Irving Gill, who worked for Sullivan at the time, have in the creation of this modernist home?

Breaks down the misconceptions of Wright’s role in Adler and Sullivan’s architectural firm and how this myth has overshadowed the importance of George Elmslie, who shared an office with Wright. Learn about the history of Chicago’s Gold Coast as well as the Charnley family, while the house’s exterior and design motifs are examined.

The final installment closely surveys at the home’s avant-garde interior. The Winslow and Bradley
Houses, both independent residential commissions by Wright and Sullivan, are analyzed along with their respective relationships with Richard Neutra and Rudolph Schindler as well as each other.