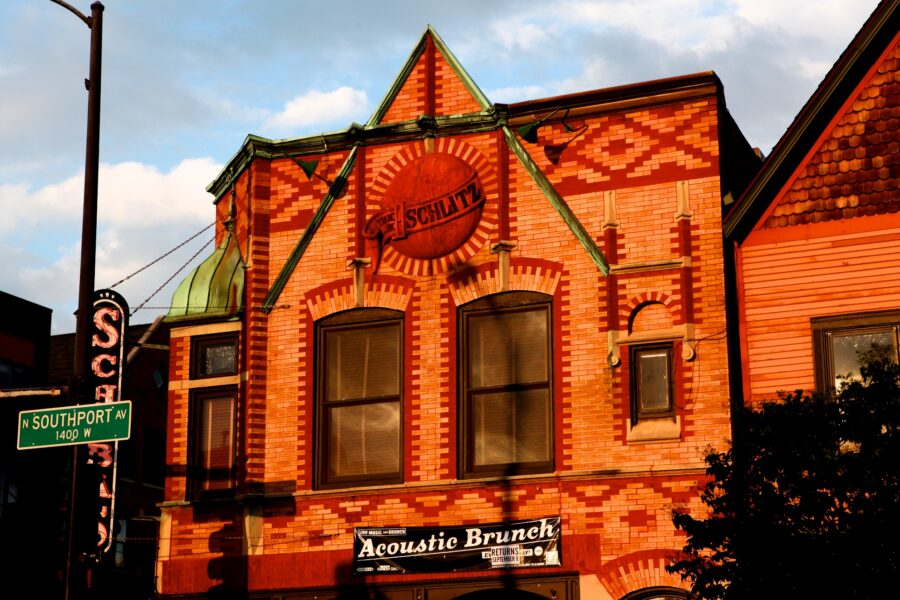 When it comes to bars and saloons, nondescript is usually the architectural style. With a purpose requiring far less permanence than that of a bank, church, or government building, it makes sense that there are usually few exterior details that reveal the current tenants. Businesses in the hospitality industry come and go, and purposes shift over time.

In stark contrast to this norm are the Schlitz Brewery-tied houses across Chicago and the midwest. One of the finest preserved examples that still serves its original purpose is Schubas in Lake View.

One of the two Schlitz globes on the building’s exterior

The Beer That Made Milwaukee Famous

One of the contributing factors to Milwaukee’s long history as a beer brewing capital is its close proximity to thirsty Chicagoans. The event in particular that catapulted it to fame was a goodwill gesture after the 1871 fire. After the disaster, Schlitz sent the city large amounts of beer and drinking water by train which became the basis for the slogan, “The beer that made Milwaukee famous.” 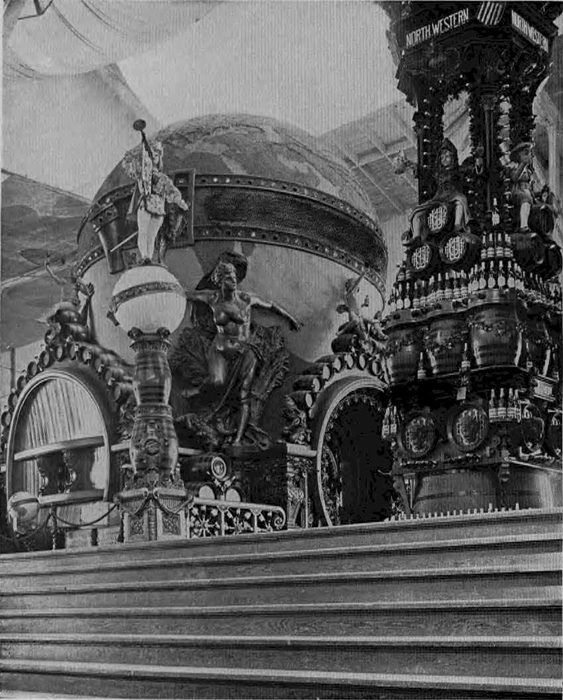 The Schlitz globe at the 1893 Chicago World’s Fair

About a hundred miles away from Milwaukee in 1893 was the World’s Columbian Exposition in Chicago. The largest ever gathering of people in the United States, the World’s Fair made fortunes for many and launched an unprecedented number of businesses and products that remain today.

Pabst, which won its namesake blue ribbon from the fair, was a clear winner. Schlitz (now owned by Pabst) was also a winner, as this article in AdvertisingAge mentions:

In 1893, while Pabst won the blue ribbon for its entry at the World’s Colombian Exposition in Chicago, Schlitz took the top prize for beer purity, an award it leveraged in ads. As a result, Schlitz briefly became the U.S.’ top-selling brewer.

With tied houses usually selling exclusively one company’s type of brew, they were a moneymaker. There were several secondary benefits as well, including marketing and PR against the temperance movement which would later bring prohibition. This is outlined in many Chicago tied house landmark recommendations [PDF]:

Compared to the independent shopkeeper or saloonkeeper, the brewing companies possessed substantially larger budgets for acquiring prime real estate and to build high-quality buildings. In the hands of brewers, the common “store and flat” building was elevated through well-designed architecture to attract customers and to promote the brewer’s brand. The possibility also cannot be excluded that brewers employed attractive, and sometimes cheerfully picturesque, architecture to deflect criticism from their “dry” opponents who saw the saloon as a moral threat.

This tied house was designed by the firm of Frommann & Jebsen.

More than a Pretty Building

The rise, fall, and resurgence of Schlitz beer is too long to outline here, and the neighborhood icon which bears its name is more than its historic exterior appearance. Schubas is great destination for live music, spirits, and good food. 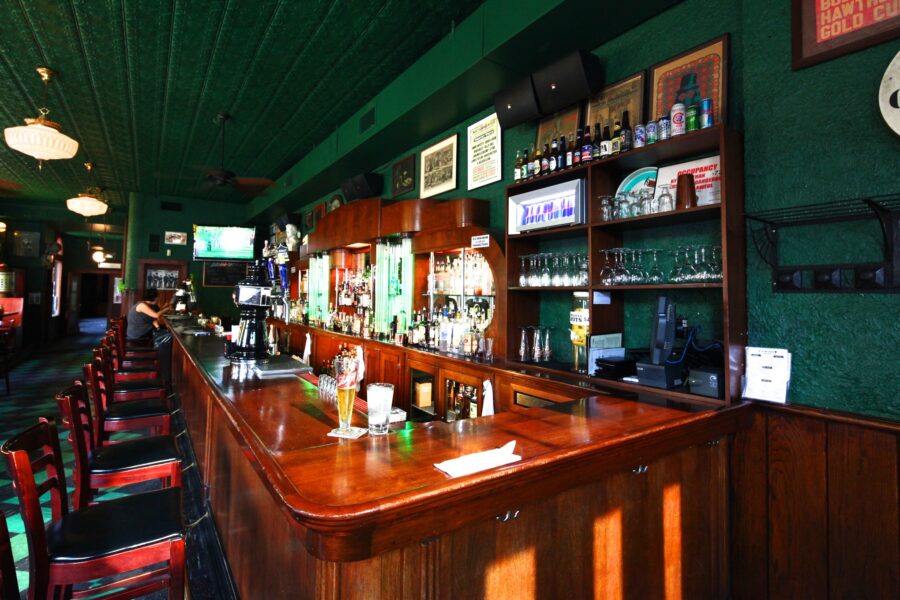 Yes, that’s a Schlitz in the tall glass

Schubas started out in 1988 when Chris and Michael Schuba bought the building and started restoration. Not only is the exterior of the building remarkably intact, but the interior retains many of its original features. The long mahogany bar, intricately patterned tin ceiling, and wainscoted wall paneling were a few of the items carefully restored by the owners. 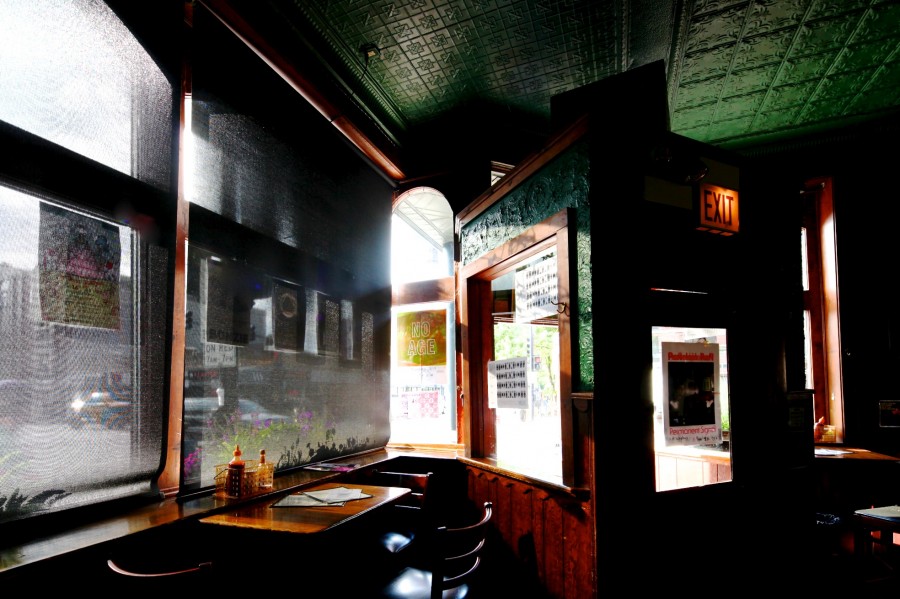 The Benefit of Quality Restoration

If you overlook a few artifacts, it’s easy to visualize tossing back a pint of Schlitz in a different era. With a fit and finish of high quality wood, ornamental patterns, and bold use of color, the interior is similar in many ways to a Victorian-era establishment. This 1903 building is in superb condition inside and out is a testament to the original craftsmen as well as the the building’s owners. 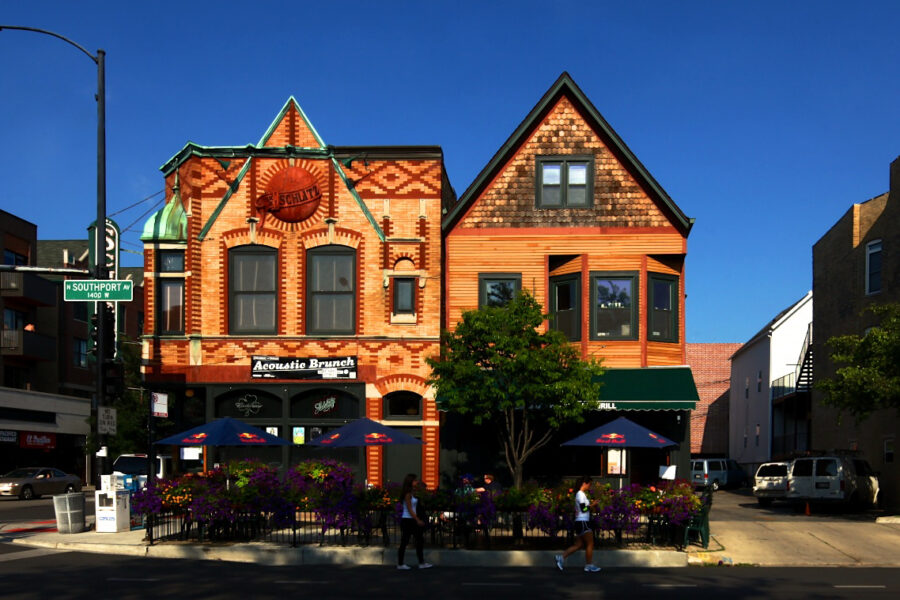 Schubas is not just a place with a bar, it’s more of a small entertainment and dining complex. It is comprised of Harmony Grill, Schubas Tavern, and the music hall. 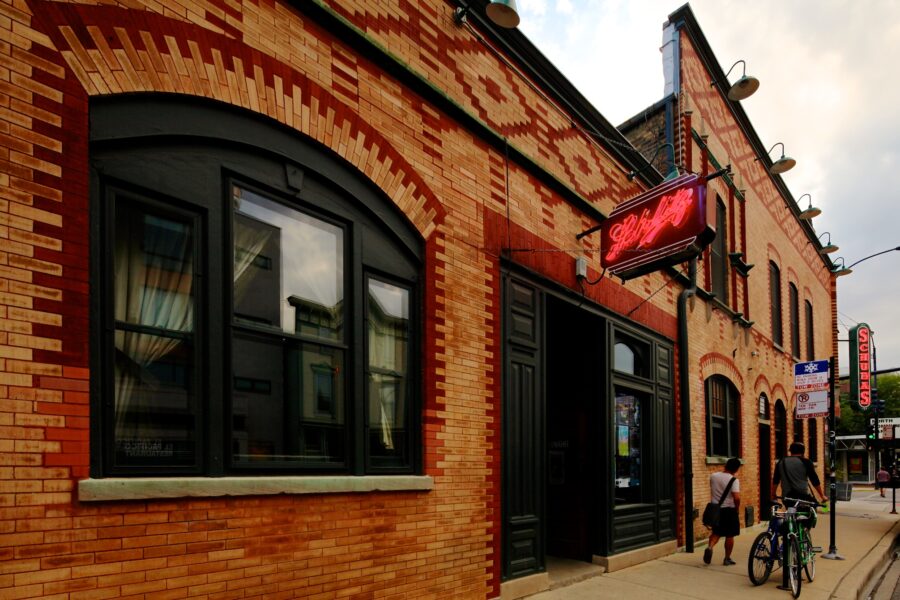 It bills itself as “a diverse line-up of live music seven nights a week. Indie Rock, Folk, Country, Rap, Jazz.” It was included in Rolling Stone’s recent list of the best clubs in America.

If the diverse musical lineup isn’t enough to draw you in, the food will. There are many delicious vegetarian options, a diverse burger bar, and an option to create your mac and cheese with a unique combination of tastes. Schubas is one of the most culturally important places I’ve discovered in Chicago, and look forward to going back.

One response to “Schubas, Schlitz Brewery-Tied House at 3159 N. Southport”