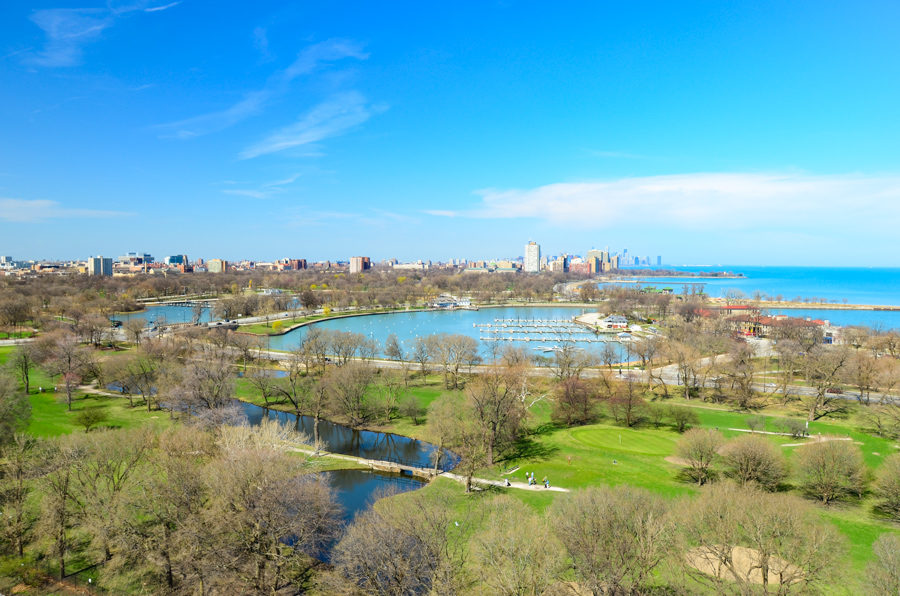 Returning to the list for a second time are historic Jackson Park & the South Shore Cultural Center. As plans for the Obama Presidential Center and the combination and expansion of the parks’ golf courses continue to develop rapidly, there is significant concern that the parks’ historic landscapes are not being respected by the Chicago Park District and planners.

Also returning to the list is the Thompson Center, the outlandish Helmut Jahn-designed State of Illinois office building in downtown Chicago. Governor Rauner continues his push to sell the building, which would likely result in the demolition of this completely unique structure.

Harper High School in Englewood, designed by Dwight Perkins, has received a temporary reprieve as the Chicago Public Schools are delaying plans to close it (and every other high school in the neighborhood). But the long-term threat to this elegant building, and the important community anchor it houses, persists.

The Chicago area is dotted with impressive electrical substations, many designed by noted architects, all built to celebrate the seemingly-miraculous technology at work within. A large number of these stations have fallen into disuse and disrepair.

Perhaps the largest and most notable among them is 6141 S. Prairie Avenue in Washington Park, designed by Hermann von Holst. Just days before the release of this list, the property was surrounded by the type of green fencing that frequently portends demolition.

Chicago’s streets were once primarily paved with brick pavers. Few of these old-fashioned brick paver streets and alleys remain visible, and the number continues to fall due to resurfacing and utility work. Such streets can be kept in good condition, and it is unfortunate that Chicago has opted not to do so.

Time is running out for the Woodruff Arcade near the Rogers Park campus of Loyola University. The historic enclosed shopping arcade is one of a vanishing breed, but the owner intends to tear it down in order to redevelop the property. 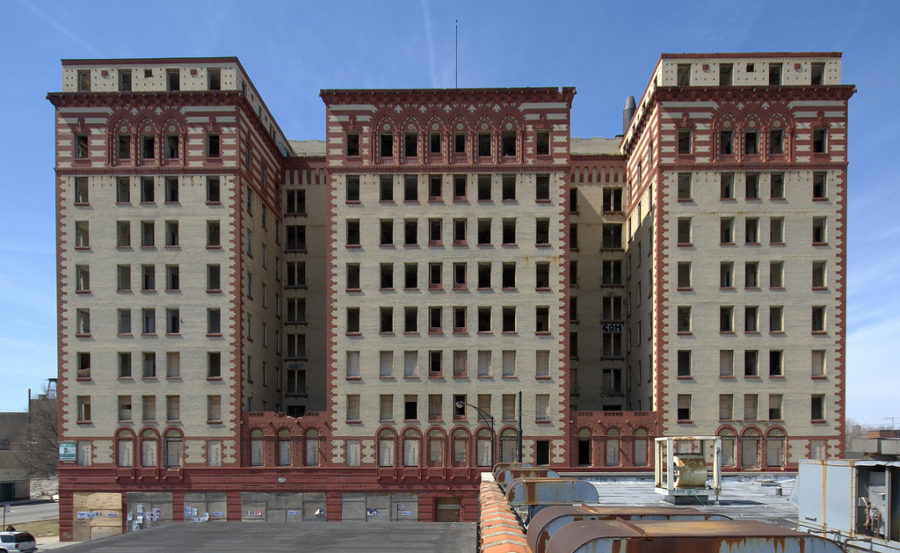 West Garfield Park’s Guyon Hotel, a majestic mountain of ornate tan and red terra cotta, has become a sad fixture on the Chicago 7. The building is open to the elements and continues to elude redevelopment.

While its concrete and steel frame stands strong, time is running out for a re-use that will save the building’s beautiful ornament.

Finally, a bonus 8th entry: Chicago Union Station. While there is much to applaud about work that has been done to restore and re-activate interior spaces in the station, there is concern that plans to construct towers atop the historic building (which it was designed to support) might negatively impact its character.